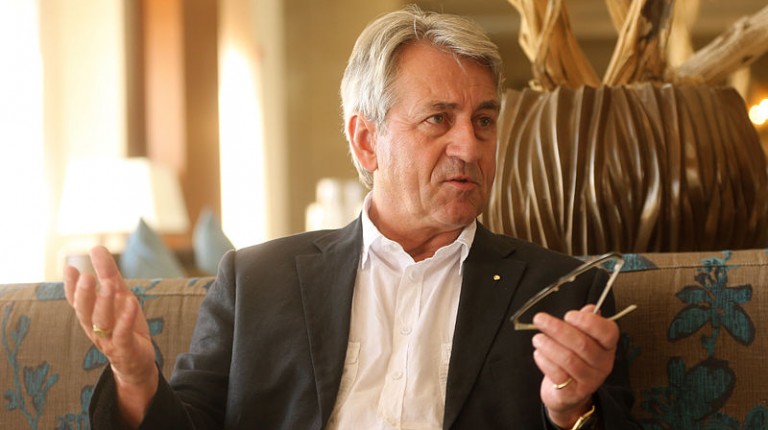 Can you tell us about your journey in sports?

When I was younger, I began fencing at the age of five, and was in my first fencing competition at the age of seven. I also learned gymnastics and participated in a lot of other sports, including competitive swimming, track and field, and handball.

I saw a pentathlon and joined the sport when I was 18-years-old. I later became a member in the German national team.

Since 1965, I have been involved in various roles for modern pentathlon.

In 1972, I was elected in the German Modern Pentathlon Federation as the member responsible for youth and junior players.

I then became the president of the German Association for Modern Pentathlon in 1984.

I have now been president for 23 years, and will be elected again in November for another four years.

In 1994, I was appointed by the former International Olympic Committee (IOC)’s former president, Juan Antonio Samaranch (1980-2001), in the Commission of Culture. I am still in this commission, what is now called the IOC Culture and Olympic Heritage Commission.

Can you tell us the value of modern pentathlon as a sport through history?

Modern pentathlon was created by France’s Baron Pierre de Coubertin―also the founder of the modern Olympic Games―and is based on ancient games. The first competition of pentathlon in Ancient Greece took place in 708.

In the sports world, pentathlon is the most difficult multi-sport. Athletes who practice this sport need to have five different skills: he has to ride a horse, swim, maintain respect while fencing, run, and concentrate while shooting.

Pentathlon also has its roots in Muslim culture. The Prophet Muhammad advised: “Teach your children swimming, shooting, and riding horses”.

Several championships have been held in Egypt, even though sometimes the country is portrayed as an unsafe place in the media. What do you have to say about that?

Despite concerns by many countries in terms of holding championships in Egypt, due to the unstable security situation, I discussed the matter with important Egyptian figures in the field of modern pentathlon and the minister of youth and sports and was assured that the utmost care is taken in terms of maintaining the athletes’ safety.

Egypt has high standards for running such competitions, so I do support the country and the development of sports here. My presence here is a clear message.

How do you rank modern pentathlon athletes in Egypt?

Egyptian modern pentathlon athletes reach the finals in the championships and are always ranked in good positions. Female champion Aya Medany is clear proof of what I am saying.