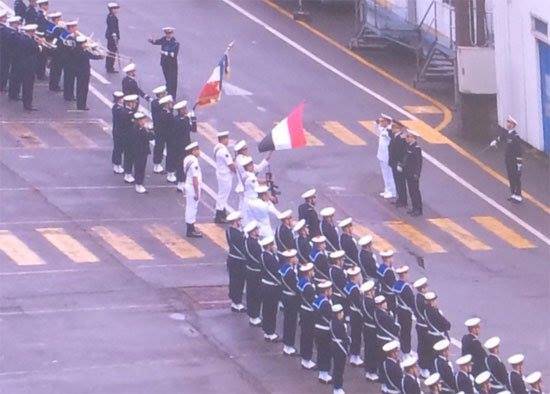 Egypt received on Friday the second and last Mistral-class Landing Helicopter Dock (LHD) warship from France in a ceremony attended by the head of the Egyptian Naval Forces, Osama Rabie.

French and Egyptian military officials held a short press conference on Friday morning before the commencement of the flag-raising ceremony.

Rabie said owning the ships was a priority due to the surrounding dangers in the Middle East, adding that Egypt is aiming to secure its economic interests.

Egypt had acquired the two Mistrals back in June 2015 during Sobhi’s first visit to Paris in a bid to strengthen bilateral cooperation between both countries.