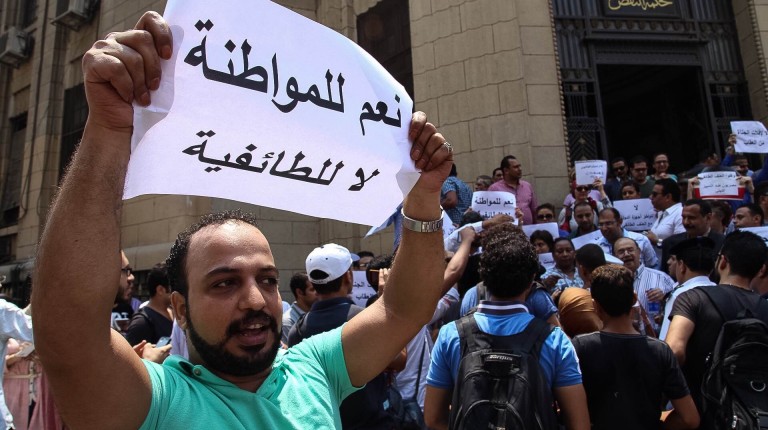 Two Coptic Christians were injured during a fight between Muslims and Christians in the village of Assem in Minya on Monday, according to Bishop Makarios.

Makarios said on his social media page that 17 Christians and 20 Muslims were arrested, and that the prosecution is taking over the case.

The two injured men are hospitalised, according to Makarios.

The Ministry of Interior stated that dozens were arrested and are now detained pending investigations.

The governor of Minya visited the hospital and the place of the fight. The police said that the reason of the fight was undetermined, and that it included only youth.

The Coptic Church was not immediately available for comment. Makarios said that a similar incident had taken place on 19 July and that “also no one was prosecuted.”

After similar violent clashes between Muslims and Christians, President Abdel Fattah Al-Sisi had instructed respective authorities to hold those responsible accountable, and instructed the governor to coordinate with the armed forces to restore the buildings that were damaged during the incident within a month. He added that the state will come up for the expenses.

On 17 July, the families of two priests from Minya were reportedly assaulted with knives by an angry mob, leaving one dead and three injured.

A more recent incident took place last week in the village of Edmo, also in Minya, where five people were injured from both Muslim and Christian parties, followed by the detention of individuals from both sides.

In May, an elderly Coptic woman was stripped of her clothes and dragged into the street by an angry mob. To date, no one has been held accountable for the incident, despite it stirring widespread public outrage. On the contrary, all defendants arrested in the case were released by prosecution authorities.