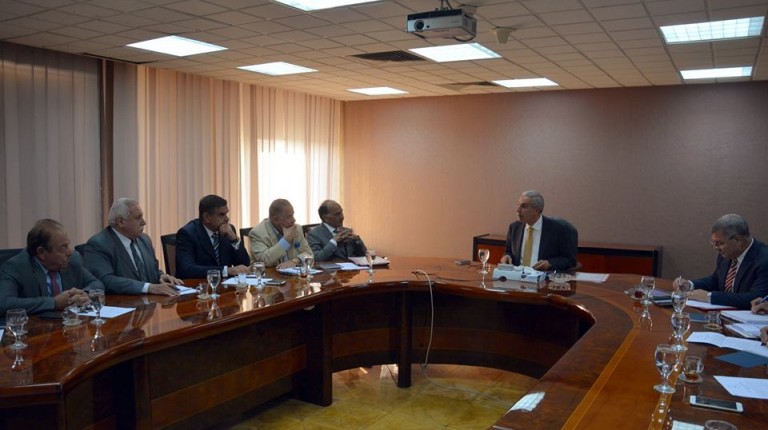 Minister of Industry and Trade Tarek Kabil announced that a new manufacturing city is being designed, during a meeting Tuesday with Mohamed Farid Khamees, president of the Egyptian Federation of Investors Association, and other members.

A fully-equipped industrial city north of Fayoum is currently being designed on a space of 33m sqm, and there is research into the possibility of offering 1m sqm in Badr City, in front of the industrial development zone, for privatisation through the usufruct system.

Three local and international parties are involved in the design process. A selection process of the best design will follow, after which the project’s construction will be executed according to the chosen design.

The ministry is creating a complete strategy to develop the manufacturing sector, which acts as a main pillar of support for the Egyptian economy in the current phase and for the future, Kabil said.

The Egyptian consumer must be encouraged to buy “Made in Egypt” products over their imported equivalents, Kabil added.

The importance of raising the bar for standard specifications and applying it on either locally-manufactured products or on imported ones was discussed during the meeting, Kabil said.

As for the ministry’s vision regarding foreign trade, Kabil explained that there has been minimal improvement in export rates and a significant decrease in the value of imported goods during the first half of 2016, which will help fix the defective balance of trade for Egypt with a lot of countries.

Regarding the country’s interest in developing Upper Egypt governorates, Kabil said that the ministry is planning to execute several important projects.

One of these projects will be a new textile city in Minya, and another will be a new facility for the manufacture of medical and aromatic herbs in Beni Suef governorate. Additionally, the Golden Triangle project is considered one of the most important national projects that the ministry is seeking execution of during the coming period.

Khamees confirmed that the federation will support and give aid to the “courageous decisions” that Kabil has taken. Khamees considers these plans as a “lifeline” to save Egyptian industry, especially considering the “harsh” conditions that the Egyptian economy is going through. The federation is keen to carry out more procedures and take more decisions to ensure the protection of local manufacturing from illegal competition, he said.

Khamees added that the smuggling of foreign products is an illegal and dangerous practice for the national industry.

Up to 50% of metro carriages are locally manufactured: Trade and Industry Minister