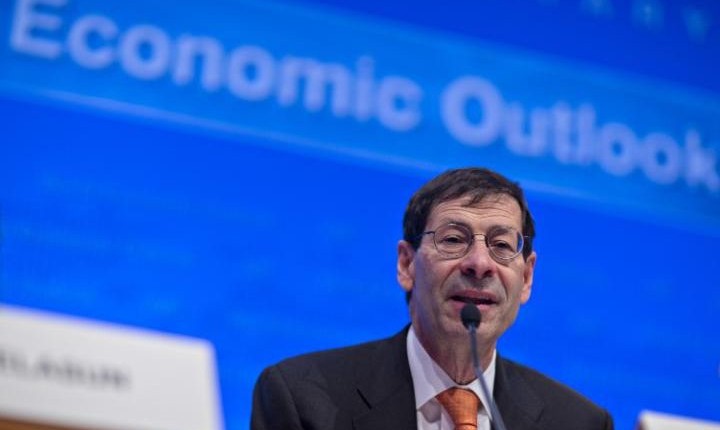 In the International Monetary Fund’s monthly World Economic Outlook, the global growth forecast for 2016 was cut down to 3.1%, after being reduced by 0.1%.

According to the outlook, expected growth in 2017 was also cut and stands at 3.4%. Fears over uncertainty and structural weakness in the world economy have depressed growth internationally due to political turmoil, the Brexit decision, and the rise of populist and protectionist forces.

Forecasts for 2016 in the Middle East and North Africa are a mixed bag as decline in oil supply in non-OPEC countries and major supply disruptions in Nigeria and Canada boosted oil prices. The region is predicted to see growth rates of 3.4% for 2016, up from 3.1%. However, forecasts for 2017 fell 0.2% due to “terrorism”, increased inequality, massive unemployment, and regional instability.

Increased uncertainty and a chance of negative economic shock and depression pervading the global economic system will have their effects on emerging markets as investors hunt for safe, risk-free sectors of the economy.

Rising inequality has been the main drive for political instability and the rise of populist forces such as Donald Trump, Marie le Penn of France’s far right, and the hitherto unthinkable Brexit decision.

“[There are] tensions associated with long-term wage stagnation, structural economic change, and threatened entitlement programs. These stresses are contributing to demands for inward-looking solutions that seek to reverse long-term global trends at the expense of the open, dynamic markets,” said IMF chief economist and economic counsellor, Maurice Obstfeld.

These “inward looking solutions” often include trade protection policies, such as selective tariffs which have been on the rapid rise since 2013. Developed countries pushing for increased protection policies will hurt the emerging economies that have transitioned to export led growth since the 1980s.

Brexit also marks the death of the Transatlantic Trade and Investment Partnership, a massive free trade agreement between the US and Europe, which the UK had been pushing for.