Banks operating in the local market acquired 77.87% of the total balance of treasury bills put forward by the Ministry of Finance by the end of March, according to research conducted by Daily News Egypt.

The Central Bank of Egypt (CBE) revealed in a statement that the outstanding balances of treasury bills registered EGP 605.24bn at the end of March.

Banks have acquired a total of EGP 471.358bn of that figure. 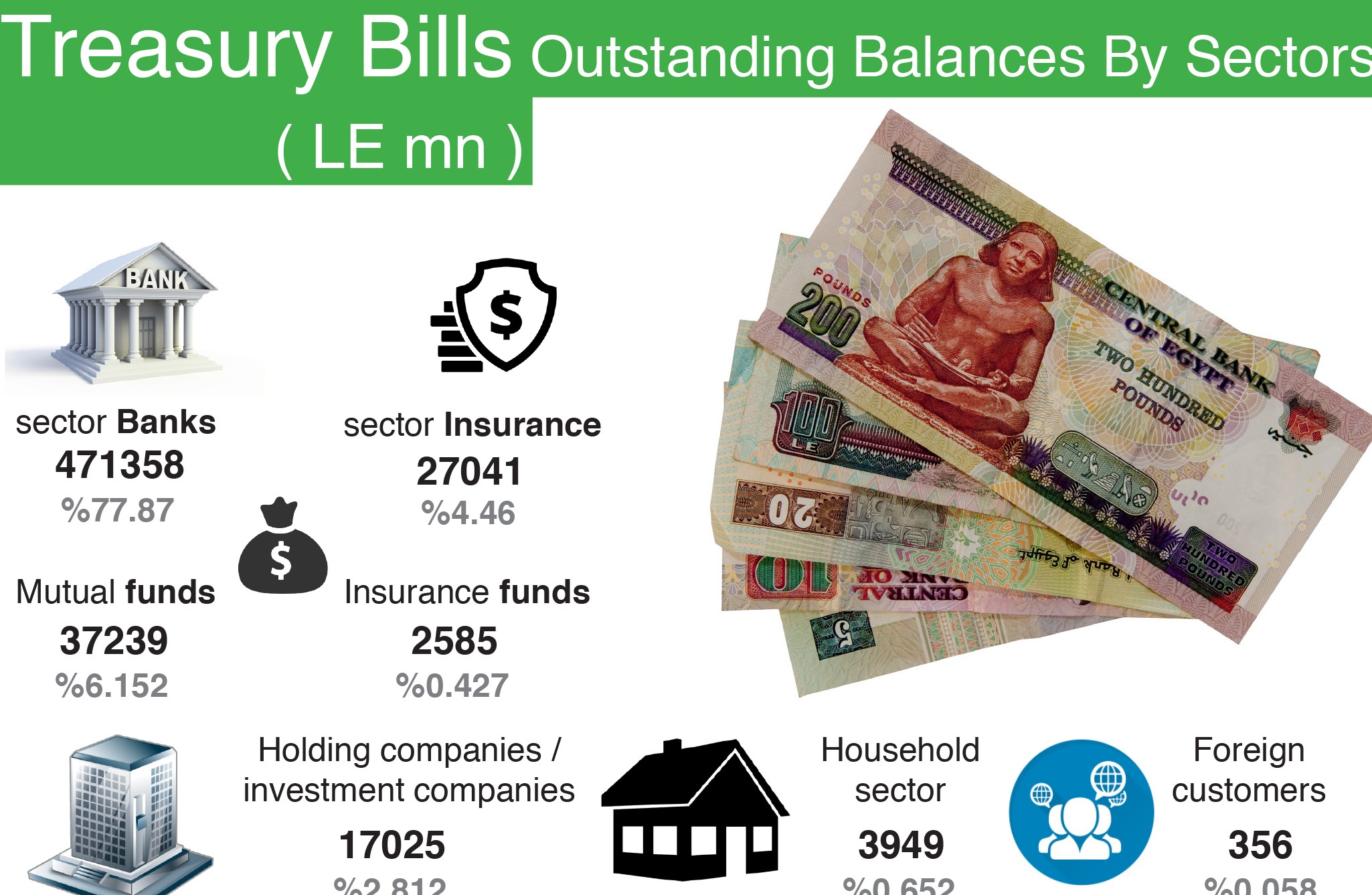 Public, private, and foreign insurance companies completed investments worth EGP 27.041bn, which amounted to 4.46% of the bills that were introduced by the end of March.

The analysis also looked at the acquisition of the holding companies, which amounted to 2.812% of the total balances of treasury bills in March, which is equivalent to EGP 17.025bn.

Investments by foreign customers have decreased due to the 25 January Revolution. According to the analysis, foreign investments in treasury bills reached about EGP 356m, (about $ 40.1m), based on the US dollar price of EGP 8.78.

The CBE allowed for public and private banks in March to guarantee a unified exchange rate of the US dollar against the Egyptian pound for foreign investors and to obtain the value and the revenue of their investments when leaving the market.

Analysts predicted that this will encourage foreigners to return to invest in treasury bills once again. However, this was not reflected in the figures by the CBE.

Household sector acquires 75.3% of total deposits in banks in May: CBE

CBE to reveal its foreign exchange reserves this week

Government borrows more than EGP 1.1tn through treasury bills and bonds in FY 2015/16