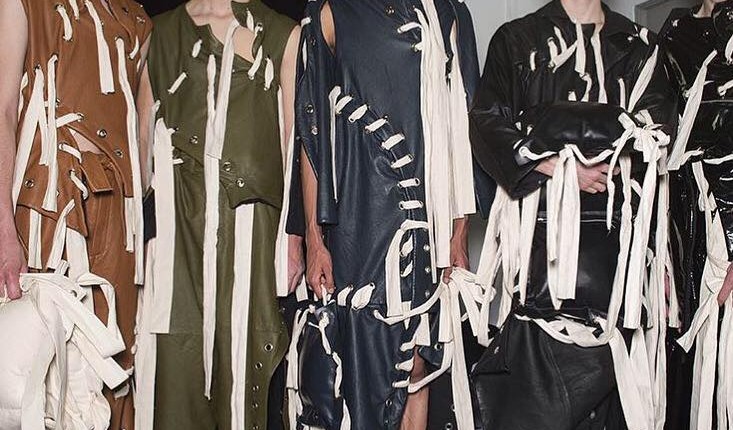 When looking closely at international facts and figures it is clearly noticeable that the global fashion industry is created by men and consumed by women. Even though all big names and major tycoons are originally men, women are by far the dominating force.

Women have over 50 fashion weeks around the globe, which act as events to discuss and analyse the latest trends and directions. Men, on the other hand, get only a handful of specialised events.

With that said, London Collections Men (LCM) is a pioneer in men’s fashion. Last week, the seasonal event returned for a round of modern statement and extreme art. The four-day event showcased the latest creations of more than 45 international designers.

“London continues to confirm its place as the home of menswear, a hub of creativity showing the very best designers to a global audience. The menswear market showing in London incorporates not only internationally acclaimed brands but also luxury tailoring and emerging talent. This array of designers makes London one of the most exciting fashion cities in the world,” said LCM Chairperson Dylan Jones.

Designer Nigel Cabourn created a vintage collection that reminds one of the labour force during the 1950s. From denim overalls to chequered shirts, the designer created a modern and wearable version of one history’s most iconic looks.

Coach showcased a daring red collection that had bold prints and leather. While E. Tautz presented a new set of fashion staples with a collection full of smart separates, shorts, and everyone’s favourite 1990s suits.

Chester Barrie showed off his impeccable tailoring skills with a collection that spoke retro elegance and classic simplicity. House of Holland depends on comfort and youth with a casual collection that highly embraces modern pop culture.

Craig Green took a tribal and artistic detour with his collection as each and every look proved the designers keenness on experimenting with colours and silhouettes. Green is also the winner of this year’s BFC/GQ Designer Menswear Fund supported by Vertu.

The British Fashion Council (BFC) made a significant announcement during the event’s opening day as they declared the latest Value of Fashion report. According to BFC, the UK fashion industry directly contributed £28bn to the UK economy in 2015. The report also mentioned that 880,000 people are currently employed by the fashion industry in roles varying from manufacture to retail.

As for the menswear market, the report confirmed that it is currently 25% of the clothing market, and continues to grow.

“The creative industries are one of the UK’s greatest success stories, contributing almost £9m per hour to our economy. UK fashion plays a key role in that success, with the unique spirit and energy of the industry capturing the attention of the world. From high street to haute couture, our thriving fashion industry continues to make its mark,” said British culture minister Ed Vaizey.

The Value of Fashion report was created and financed by the BFC in 2009. The report aims to shed light on the British fashion industry and analyse its economic value.

BFC was created in 1983 to support and promote the local industry through seasonal fashion weeks and events. Today the entity continues to organise events such as London Fashion Week as well as various awards that identify and sponsor upcoming talents.