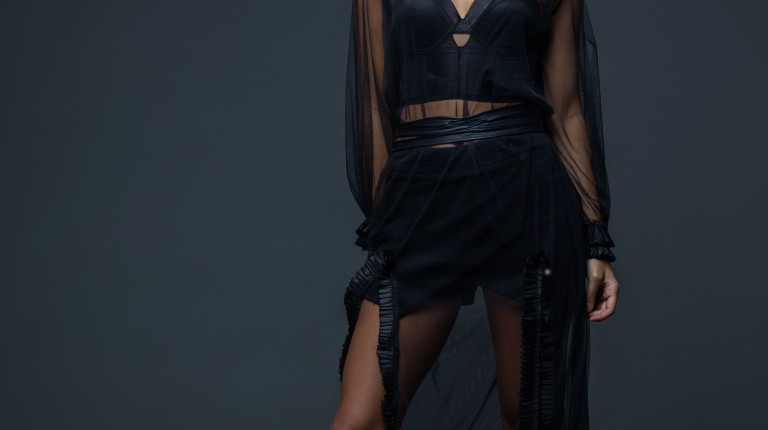 Young, promising and international are all ascriptions to the artistic label that has managed to dominate a large sector of the region and has become known across international fashion maps. Krikor Jabotian is a Lebanese designer who has successfully reshaped the standards of couture in a relatively short period of time.

From the Emmy Awards to prestigious publications and an upcoming collaboration with the Russian writer and fashion influencer Miroslava Duma, Jabotian has reached unexpected heights for a design that began its journey a few years ago.

After graduating from the École supérieure des arts et techniques de la mode in Beirut, Lebanon, Jabotian was selected by the Starch Foundation, a non-profit organisation that aims to support young designers and help them establish their own labels.

It was not long before he managed to establish his own workshop and business, with the help of his family. The couture designer is best known for his voluminous shapes and understanding of fabrics’ dynamics. His work depends on simple and intricate embroidery mixed with rich fabrics.

Daily News Egypt spoke to the designer to learn more about his aesthetic, milestones and his latest collaboration with the alternative rock band, Mashrou’ Leila.

Your father’s profession has influenced your designing ethos. What are the common artistic factors between your father’s jewellery and your dresses?

My dad’s profession did indeed influence my designs. Primarily, it helped embolden my eye for art and fashion. Secondly, the bold and audacious embroidery and volume used in my silhouettes resonates with my father’s jewellery designs.

The technique of constructing and sculpting to create various volumes and shapes is also a very prominent influence that I have inherited from my father’s profession.

When did you design and implement your first dress? What was the occasion and how did it turn out?

It was a vintage, theatrical cream dress made out of more than 60 metres of gassed cotton. The dress is a rather playful piece due to its long attached train that can be manoeuvred to create different silhouettes.

How far did your mother impact your journey?

My mother is my all-time muse—she understands the way I work and most importantly tolerates my temper! We go hand-in-hand and complete each other at work and in life in general. Her opinion is my ‘go to’ at all times and I use her sharp eye in fabrics as my guide.

Tell us more about Regina King’s Emmy dress. How did this milestone impact you personally and professionally?

The excitement and build-up prior to the event was a superior feeling on its own, let alone seeing my creations on a nominee on the red carpet. It was an overwhelming emotion that is indescribable and motivating.

You have collaborated with Mashrou’ Leila for their new album. How different was this project, especially that it marks your first experiment with menswear and music?

I truly and genuinely enjoyed working with Mashrou’ Leila, not just because they are friends and I am familiar with their environment, but, mostly due to the fact that I relate to their last album: Ibn El Leil (Son of The Night). The term Son of the Night holds a rather mysterious, decedent, dark, yet, glamorous connotation to it.

All those feelings were the main inspiration behind the outfits’ design, as well as the traits in which I can very much relate to.

Fashion retail through the eyes of a PR expert