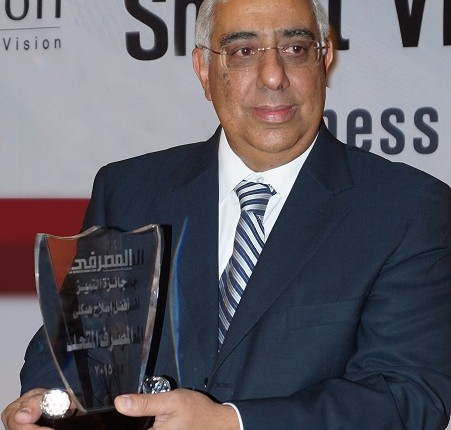 The United Bank was awarded best organisational re-structural bank in the market for 2015 from Al-Masrafi, a magazine specialised in financing and banking.

According to El Kady, this award came as an encouragement for the bank’s team to put in more effort as a professional administration dealing with the market’s performance indicators.

He added that the strategic policy of the bank is built on two bases. Firstly, to completely bridge the gaps in the reserves set aside by the bank to cover non-performing debts, which amount to EGP 6.4bn, as well as customers’ saving deposits, EGP 8bn, that may have been eroded.

Secondly, it is building an institutional modern banking entity that is capable of working competitively in accordance with international banking standards under the open market mechanisms.

El Kady asserted that the bank was able to implement this strategy successfully, thanks to the Central Bank of Egypt’s support, the former executive administration, and the professional team’s work, as well as by applying the most advanced technological programmes, in addition to the wide network of branches and ATMs that provide a set of high quality banking services in  all governorates.

The bank has received a number of awards over the past few years from major financial and media institutions.