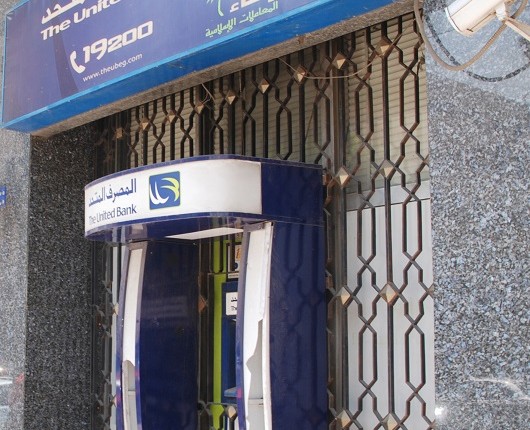 With the term of acting chairman of the United Bank nearing its end, there is uncertainty within the banking sector as to whom the Central Bank of Egypt (CBE) will appoint to head the bank.

Abdel Hameed was named United Bank’s acting chairman in September 2015. The CBE issued his appointment for an initial term of three months and subsequently extended it until 31 March, an additional three months.

Maged Fahmy, the former chairman of the Export Development Bank of Egypt , confirmed to Daily News Egypt that he had received an offer three months ago from the CBE to head the United Bank.

However, at the time, he requested further time to consider the offer, citing personal reasons. The CBE has not made any public statements regarding Fahmy’s acceptance or denial of the offer. Fahmy told Daily News Egypt that he has not spoken with CBE representatives after he asked for additional time to deliberate on the issue.

Fahmy served as chairman of the Export Development Bank of Egypt from September 2011 to October 2012. Since May 2015, he has been a non-executive board member at the Housing and Development Bank.

The position has also been offered to Gamal Muharam, the former chairman of Piraeus Bank Egypt. However, Muharam declined the offer.

Muharam resigned from his position at Piraeus Bank Egypt in late 2008. In 2010, he received an offer to become Managing Director of the Egyptian Gulf Bank, which he also turned down.

Muharam was also previously the chairman of the American Chamber of Commerce in Cairo. He now heads a company operating in the field of administration services.

Sources have indicated that two additional candidates are being considered for the position.

The first is Tarek Helmy who was vice chairman and managing director of The United Bank between November 2007 and August 2009.

Helmy has previously served in an administrative role at several major banks, including the Commercial International Bank-Egypt, HSBC, Citibank, and Mashreq Bank.

Sources have not named the second putative candidate, revealing only that he has previously held a position as a general manager and is board member at a foreign bank operating in Egypt.

While sources indicate that Fahmy is the most likely candidate to fill the position, the opacity of the CBE’s deliberations has introduced a degree of uncertainty into the situation.

Despite this uncertainty, the bank’s operations are continuing normally, both in terms of the bank’s financing apparatus and its ability to attract new customer deposits.