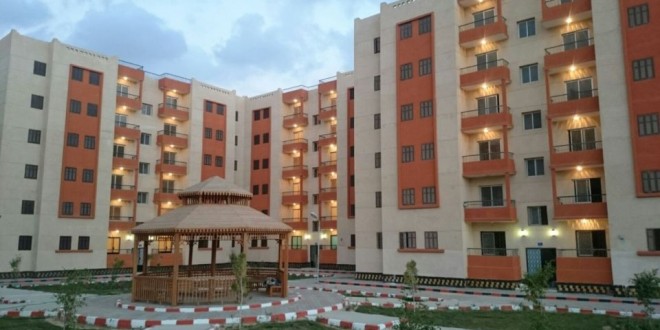 Minister of Housing Mostafa Madbouly said Sunday that the first batch of Dar Misr residential units will be handed to clients by July.

Madbouly called on the New Urban Communities Authority (NUCA) during a Sunday meeting to speed up the implementation works of the project in terms of services and finishing units.

Regarding the second and third phases of the project, Madbouly said the Armed Forces Engineering Corps received the lands from NUCA for developing and preparing their infrastructure.

Dar Misr is a ministry project for middle-class citizens. In November 2014, the housing ministry announced the first phase of the project and that the phase will include 30,000 residential units, though the total number of residential units targeted in the entire project is 150,000.

Applicants for the project’s units pay 10% of the unit value when reserving and further 10% when selected on a lottery basis.