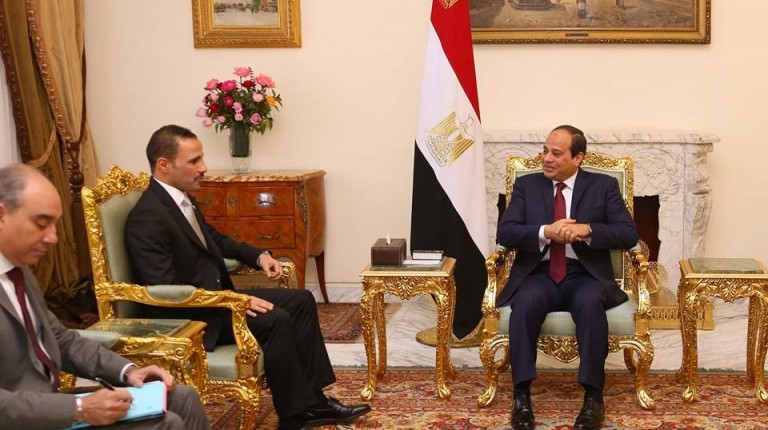 Since the beginning of the transitional phase in 2013, Kuwait has been one of the top financial donors to Egypt among Gulf nations with a total of approximately $2.4bn in loans directed towards financing development projects in various sectors.

Presidency spokesperson Alaa Youssef said in an official statement that the meeting tackled possible counter-terrorism measures through awareness and advancement of education and culture, as well as banning extremists from penetrating online communication platforms.

During the meeting, Al-Sisi highlighted the importance of fostering the role of both parliaments in light of the recent parliamentary elections in Egypt.

“The current phase and its challenges require a collaborative Arab effort to conquer,” Al-Sisi said during the meeting, referring to the common interest in security matters between Gulf nations and Egypt.

According to the statement, Al-Ghanem also emphasised his support to Egypt in terms of economic, political, and social development, citing historic ties between both countries.

The Kuwait Fund for Arab Economic Development (KFAED) provides financial assistance to developing countries, either through loans or grants. It has previously provided Egypt with nine grants as well as technical assistance to the tune of approximately $6.895m.