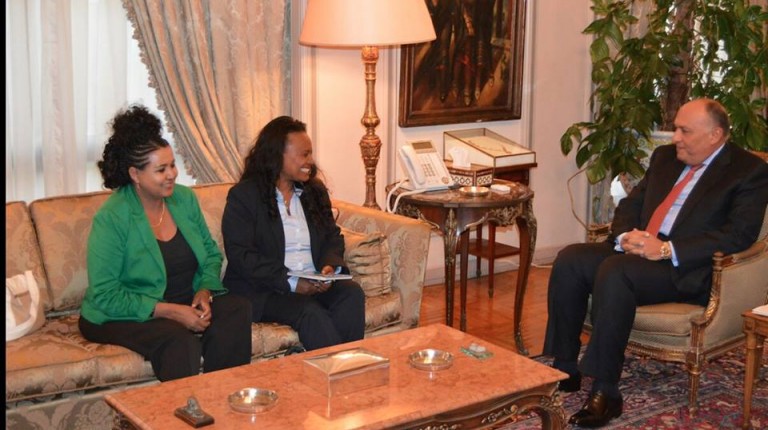 Egyptian Foreign Minister Sameh Shoukry met on Sunday with two representatives of an Ethiopian diplomatic delegation, according to a statement by the foreign ministry spokesman.

During the meeting, Shoukry highlighted the historic ties between Egypt and Ethiopia, and confirmed the diplomatic efforts to enhance understanding between the nations, which helps in achieving mutual benefit and promoting trust, according to foreign ministry spokesman Ahmed Abu Zaid.

Abu Zaid added that the two Egyptian representatives expressed satisfaction regarding the progress of Egyptian-Ethiopian relations, with both nations working effectively to advance their mutual interests.

On Saturday, Shoukry met with his Ethiopian counterpart in the presence of the Egyptian minister of irrigation to discuss the Grand Ethiopian Renaissance Dam. The officials agreed during the meeting to postpone discussions on the dam to 11 and 12 December, instead of the planned dates of 6 and 7 December.

Egyptian-Ethiopian relations will not be affected by Renaissance Dam: EEBC