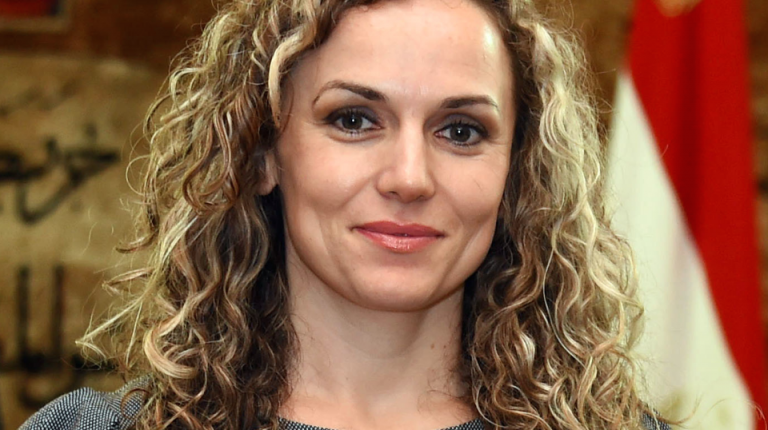 Star Communications will publish a special feature report on Egypt in Newsweek Magazine in January 2016. It will be distributed at the Annual Meeting of the World Economic Forum in Davos. Below is an interview with Regional Director for Star Communications, Sara Prada, who is directing this endeavour from Cairo.

Can you give us a brief description of Star Communications and its relationship with Newsweek Magazine?

Star Communications is an international media agency based out of Ireland. We have been producing promotional reports for nearly 15 years worldwide, which have been published in some of the most prestigious magazines and newspapers. We began collaborating with Newsweek Magazine in 2006 and have produced over 10 successful reports, including two previous features on Egypt.

The international community is very much interested in Egypt’s recovery. What is your opinion on this matter?

Economically speaking Egypt is in a much better position than many other countries. Egypt has shown tremendous growth since 2013 with a high degree of diversification. This diversification constitutes an asset for the country. Egypt´s role is critical for the region; therefore the international community is paying extra attention to Egypt because it is a catalyst for the prosperity and peace in the region.

What makes Newsweek Magazine a good platform to promote Egypt?

Newsweek is a premier news magazine and website, bringing high-quality journalism to readers around the globe for over 80 years. Newsweek provides the latest news, in-depth analysis and ideas about international issues, technology, business, culture and politics. Newsweek provides a global perspective and delivers thought-provoking content that surprises, educates and delights smart and successful readers.

Most importantly Newsweek is showing a commitment to Egypt. On 11 August and 21 August, 2015, we published our interviews with President Abdel Fattah Al-Sisi and former prime minister Ibrahim Mehleb in Newsweek Magazine, EMEA edition. Due to its relevance, this was published in page 3 of the magazine. It was the first step towards a new and more positive national branding.

On 14 September, Newsweek published an online article on Naguib Sawiris concerning the plight of the Syrian refugees.

The full-length feature on Egypt is going to be published in January 2016 and will be distributed at the World Economic Forum in Davos. This report will be a centrepiece of this edition.

Why distribute this report at the 2016 Annual Meeting of the World Economic Forum in Davos?

President Al-Sisi received very positive feedback from the international community after his speech at the same venue last year. He said: “Davos provided a good opportunity to outline Egypt’s positions and portray the realities on the ground. Since Davos, I have had the opportunity to visit a number of countries all over the world as well as to receive global leaders and dignitaries in Egypt. They have all shown a better understanding of the challenges Egypt faced in the last four years, the challenges that Egypt is currently facing and what is at stake for the region.”

WEF brings together over 3,000 world leaders, dignitaries, heads of state and government officials, academics and CEOs representing the world’s foremost corporations among other influential leaders of society to develop the year’s global economic agenda.

We are also really excited that Egypt is hosting the WEF Middle East and North African Forum in Sharm El-Sheikh next May.

Is there any person who has had a strong influence in this campaign?

After several months in Egypt I have developed a stronger admiration for President Al-Sisi´s efforts to make a better Egypt and his achievements since coming to power 15 months ago. It is clear that he loves this country and he is doing his best for his people. We cannot forget that Egypt plays a key role in stabilising the region and that is a very difficult task.

So far what has been the reception of your project in the Egyptian private and public sectors?

The Egyptian community agrees that Egypt is at a crossroads and international promotion is key. Our ideas and platform have been very well received both by the private and public sector. We have numerous high profile companies that are supporting this endeavour through advertising. We will continue our efforts through December 2015.

Egypt is home to some of the largest corporations in the region. In your opinion, what is the private’s sector role in the recovery of the country?

The private sector has a critical role to play during this transition process. Egypt´s private sector currently employs more than 70% of Egypt’s labour force and it is what continues to push the economy forward. I have had the fantastic opportunity to meet some very successful businessmen who during the revolution invested in other countries due to the unstable business situation in Egypt and now are happily back in the country, investing and promoting their country so that it may be a better place. The future of Egypt depends on the commitment and strength of its most prominent privates companies.

What do you consider to be Egypt’s best assets and opportunities for economic growth and social development?

Its location, its accessibility, diversified economy, relatively cheap qualified work force, good climate and a beautiful country with great history; these are all things that make Egypt ideal for investing.

How positive do you feel about Egypt’s future prospects? Why?

I believe Egypt´s future prospect are great but of course this is a very important transformational time for Egypt. The past few years have changed the lives of Egyptians forever. I have had the opportunity to meet very interesting people that are working very hard to make a better Egypt. It is important to remember that all Egyptians need to continue working together to maintain the forward momentum of Egypt´s social and economic recovery.