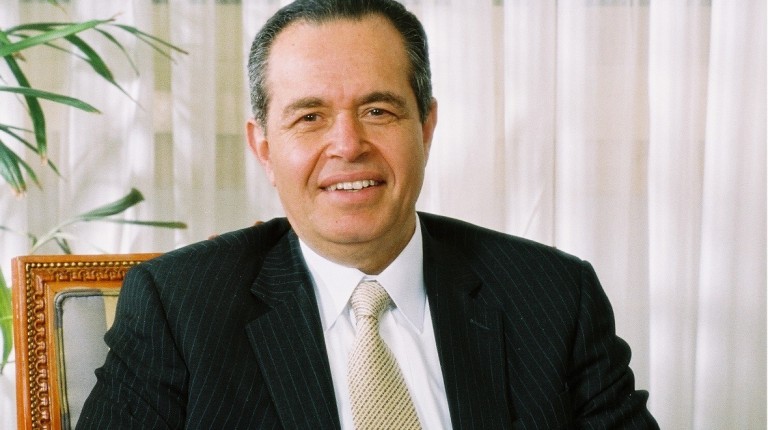 From the smallest of islands to one of the greatest expanses on Earth, Egypt’s Mansour Group has become a $6bn-plus international empire in just two generations.
The Egyptian family firm, now the country’s second largest by revenues, has operations in 120 countries, with 60,000 staff, and is growing at 10-20 percent annually. Not bad for a company operating in some of the harshest places and amid plenty of geopolitical turmoil.
Middle son Mohamed Mansour says growth has been in the company’s DNA since his father Loutfy founded it in the 1950s. At his office in London, Mansour illustrates his point with a story about a lunch meeting in 1996 with Don Fites, the then-chairman of earth moving supplier Caterpillar, a brand the Mansour Group had acquired the Egyptian distribution rights to 20 years earlier.
“In 1996 we had a market share in Egypt of about 60 percent, so of every 10 machines that were sold, six were Caterpillar. I had lunch with the chairman Don Fites and told him, ‘if I want to grow with Caterpillar, okay I’m 60 percent today, what can I expect to be, 70 percent?’” Mansour begins. “I said: ‘listen, we’re very liquid in cash, what I can do with this money is either start to invest in other businesses or I can invest in your business’.”

15 richest men in Egypt worth over $23bn: Egypt Business Directory