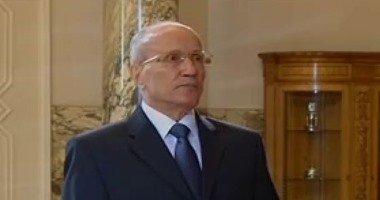 The highest profile of the new faces in the caretaker cabinet is the new Minister of Military Production General Mohamed Al-Assar.

Al-Assar, 69, is an engineer turned military officer and headed the armament authority of the defence ministry until retirement in 2003. Due to his relation with then-minister of defence Hussein Tantawi, Al-Assar was brought from retirement to be a minister’s assistant in 2011 and kept his position under three presidents and four regimes.

The military armament advisor was a member of the Supreme Council of Armed Forces (SCAF) that forced former president Hosni Mubarak to step down after the popular revolution in 2011. He headed the country until the presidential elections of 2012, when the Muslim Brotherhood took power with former president Mohamed Morsi.

Al-Assar, given his experience in the armament field, was in charge, after the ouster of the Brotherhood in July 2013, of holding talks with Russia over strengthening relations in military cooperation after the postponement of US military aid.

The man who kept his position in the post-2013 SCAF will surely provide a boost to a ministry largely marginalised in the shadows of the defence ministry.