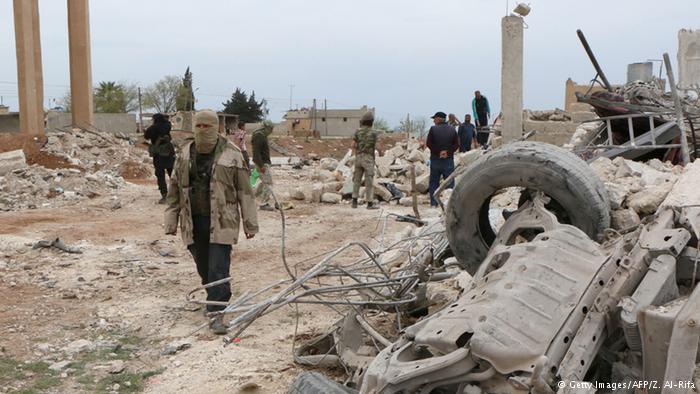 The US and Russia’s heads of defense have discussed ways to tackle the Syrian conflict amid a Russian military buildup in the country. The conversation follows Kremlin’s announcement that it could deploy troops to Syria.
US Defense Secretary Ash Carter called Russian Defense Minister Sergei Shoigu on Friday, the first step in “military-to-military” talks on Syria following a Russian buildup in the war-torn country.

Peter Cook – the Pentagon’s press secretary – said the conversation between the two defense chiefs was constructive, adding that the discussion revolved around the need to “de-conflict” Russia’s presence, largely seen as a means to prop up the Syrian government under the leadership of President Bashar al-Assad.

“[Carter] emphasized the importance of pursuing consultations in parallel with diplomatic talks that would ensure a political transition in Syria. He noted that defeating ISIL [another name for the self-styled “Islamic State”] and ensuring a political transition are objectives that need to be pursued at the same time,” Cook said in a statement.

The Russian defense ministry’s spokesperson Major General Igor Konashenkov also noted the positive outcome, saying that “the course of the conversation has shown that the sides’ opinions on the majority of issues under consideration are close or coincide.”

“The ministers noted the restoration of contacts between the countries’ defense ministries and agreed to continue consultations,” Konashenkov added, referring to the breakdown of defense-related contact on both sides following Russia’s invasion and annexation of the former Ukrainian region Crimea.

A ‘partner’ in Assad?

The defense chiefs’ conversation comes amid a Russian buildup in Syria’s coastal province of Latakia.

Since the onset of the Syrian civil war, Russia has avidly supported Assad’s regime, urging the US and its allies to engage the Syrian government as a “partner.”

Meanwhile, Kremlin spokesman Dmitry Peskov said earlier on Friday that Moscow would consider sending Russian troops to Syria if “a request” was made.

“If there is a request… then in the framework of a bilateral dialogue it would be, naturally, discussed and considered,” Peskov told journalists in a conference call.