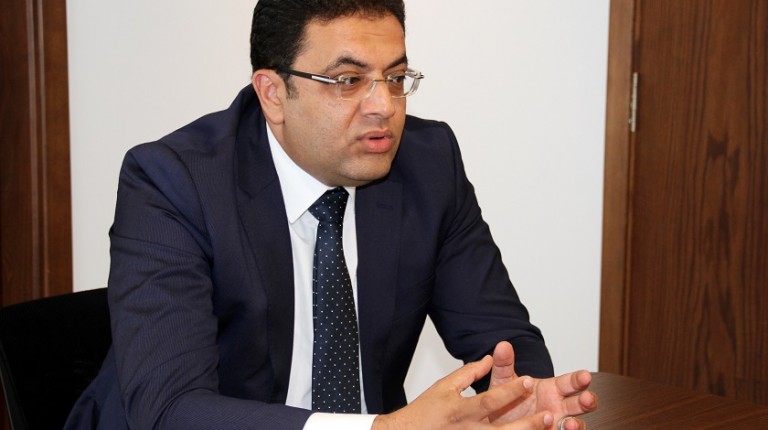 What is the total business value managed by Hill International in Africa and in Egypt?

Hill International manages 48 projects in Africa with a total value of around $17.5bn, of which Egypt shares $12bn.

Regarding the New Administrative Capital, do you think that Egyptian construction and real estate companies can establish this mega project?

The new plan says that the state will be the main developer of the project, which is a new idea to Egypt. This will be a great challenge for the developer as well as the contractors. The president was challenging Dar Al-Hadassa to establish the project in three years instead of eight years, which is almost impossible.

The project is huge and there are only a few projects with this volume in the whole region, and we don’t have the experience in Egypt and the region. Even the projects that were established, they used foreign experiences in the initial planning at least. The initial phase needs more experienced developers. The project timing needs to be more studied, to know what we can do in threeyears. If the state hired a foreign developer they will need Egyptian workers and will pay taxes, which will lead to a general interest for Egypt.

How would you participate in this project?

There are three levels for any project. Programme management is the developer part preserving the design and the soul of the project. Another part is the project management, where the developer takes part of the project such as a boulevard or a hotel, while the third level is the supervision. Hill works on the three levels, but in a project with that volume and in this timing we need role distribution, as one company cannot realise this alone.

What are Hill’s current projects?

We are now working in the Grand Museum of Egypt project, terminal 2 in Cairo Airport and we also have the Egoth Company project, the hotel and the administration building in Tahrir Square. The administration building was delivered and we are currently finishing the hotel and will deliver it by mid-2016. Furthermore, we are implementing Secon Nile towers in Maadi, the residential tower is going well and the hotel was taken by Hilton and we are working on it. We started to implement the ABC Bank Headquarter. We have delivered Credit Agricol building earlier this year as well as Ritz Carlton Hotelthat was delivered just recently. We just offered the first package of the construction of the 500500 Hospital, which will start within a month. We are contributing as well with the Ministry of Urban Developments and Slums in developing the Maspero building. We as well are working with Abraj Misr on “The Gate” project.

Tell us more about the museum, when will it be delivered and how much does it cost?

The museum’s phase one will be fully implemented by 2018, the project has two main obstacles which are financing and antiquities. Recently, the government paid some of its dues, which helped with pushing the project, the other obstacle regarding antiquities is that it is still not settled what will be presented in the museum. The project’s total cost reaches $1.1bn, and has an area of 491,000 square meters, overlooking the three pyramids. The project is targeted to become one of the largest museums in the world, presenting around 100,000 antiquity pieces.

The project’s first phase was due in 2016, what caused the delay?

It was extremely difficult to finalise the phase in 2016 due to the political troubles occurred in the past years, especially with the financial issue, we just started getting finances from the government besides we requested an additional loan from Japan.

What about the terminal 2 project?

As for the Airport’s terminal 2, we have accomplished a vast part of the project, all the buildings are almost done, we are now in the final finishing phase, and we are targeting to deliver it by the end of this year, as an initial handover, then it will be fully operational by the beginning of 2016.

How much does the ABC Bank headquarter implementation, currently taking place,cost? And when will it be implemented?

The project costs EGP 200m on an area of 7,000 sqm, while the establishment area reaches 28,000 sqm with an implementation period of 18 months.

Tell us more about the new National Cancer Institute “500500 Hospital” in 6th of October city, the total land area and the cost of investment?

Why was the renovation value of the Ritz Carlton Hotel significantly high, reaching to about EGP 1bn?

The building was extremely old and the developer wanted to preserve its antiquity aspect, this was a tough job and took a lot of money and a lot of effort. The building structure was difficult to deal with, as it is from the 1960s and there were dehydration processes. We can’t also forget that the hotel is located in the Tahrir area where it has witnessed all the political unrests. It has been affected by the 25 January Revolution in 2011 and the 30 June uprising in 2013.

Can you tell us more about the company’s expansions in Africa?

We have acquired a new office in South Africa, and through this office we will expand in Africa. We are already working in Algeria and Morocco, but South Africa will be our hub to the rest of African countries such as Ethiopia and Uganda. We have acquired some small projects but the mega projects are still in the tender process.

What is your targeted growth rate in Egypt by the end of 2015?

We had high hopes in achieving a significant growth rate this year, but many huge projects, that were expected to be finalised, are still in negotiation phases. Hopefully by 2016, we achieve our targeted growth rate with around 8%.

What other regions Hill International believes are good potentials for investment?

Russia, Far East and South America has a lot of potential for investments but the global crisis such as petroleum prices’ deterioration and political disturbance might affect the investment.

What are the developments in the Abraj Misr project “The Gate”?

We have finished the schematic designs and we will launch a drilling package next month.

How do you evaluate the Egyptian real estate market?

There is a real demand in the Egyptian market; we have a demand for 1 million units every year. What is most significant now is that the government should keep pace with the people’s demand. The state must satisfy all types of citizens especially the youth.

In Egypt, we also need legislation and security stability in order to attract foreign investors. The government need to have a clear vision and to accomplish the announced projects in order to give credibility to the market encouraging the investors.

What are the challenges facing the Egyptian market?

We have a lack of trained labour, this is the main obstacle. To resolve this we have two lines, we should provide training in the sites so they can be trained by more experienced workers in the field. The other line is to establish real training inthe educational phase.

How do you see Public-Private Partnership (PPP) system?

All the parties must benefit from this system, the partnership value and the land value must be satisfying for all parties, otherwise the prices will be really high. Every developer is entering any project to gain money.

How much were the profits of the company last year and how much are you expecting for this year?

How much do you estimate you share of the project management market in Egypt?

There are no concrete statistics in this regard but Hill International has the largest proportion of the acquisition if project management market in Egypt based on the number and size of projects. We have a great variety of projects between public and private, infrastructure and industrial projects, which differentiatesour company from others.