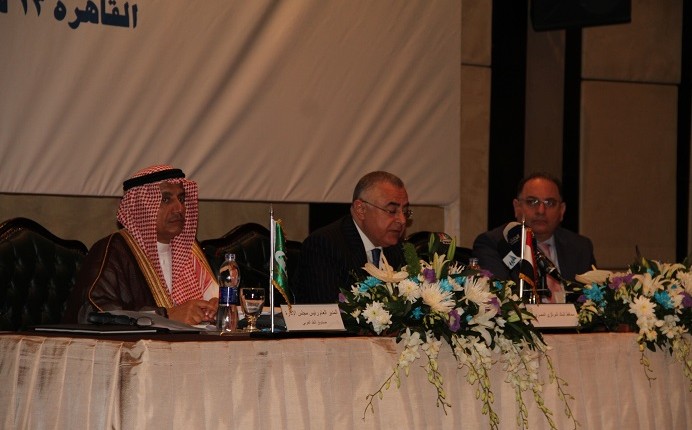 The slowing growth of the global economy, the limited growth in international trade, in addition to the regional conditions faced by Arab economies can all affect the growth rates of Arab States, said Director General of the Arab Monetary Fund (AMF), Abdulrahman bin Abdullah Al-Hamidy. They can also affect the Arab Sates’ ability to stimulate domestic demand levels and provide more jobs.

During the 39th Meeting of the Council o Arab Central Banks Governors and Arab Monetary Agencies which was held in Cairo Sunday, Al-Hamidy said that the global economy has not registered any notable recovery during 2015, as was expected early this year. This is in addition to the retreat in the pace of growth in some developing countries and emerging economies, despite the continuity of accommodative monetary policy and the decline in world energy prices.

He said that, in light of the effects of oil price decline on the growth of oil exporting Arab countries, these states were keen to develop the non-oil sectors, to avoid the sharp fluctuations in economic activity.

He added that the executed economic reforms, in addition to the decline in global oil prices, helped ease imbalances in the oil-importing Arab countries.

Al-Hamidy explained that enhancing growth opportunities of these states is linked to continuing structural reforms, in order to improve the business environment, which attracts more local and foreign investments and works on increasing productivity and competitiveness.

He added that the AMF estimates indicate that the Arab economies will achieve growth rates of 2.8% for 2015, and will then increase to 3.5% in 2016, through benefiting from the expected improvement in growth prospects of both developed and emerging economies.

He added that, as AMF is keen to provide all forms of support to Arab states, it has worked on developing a strategy for the next five years, that takes into account the changes in current and future needs, and the economic priorities of Arab states.