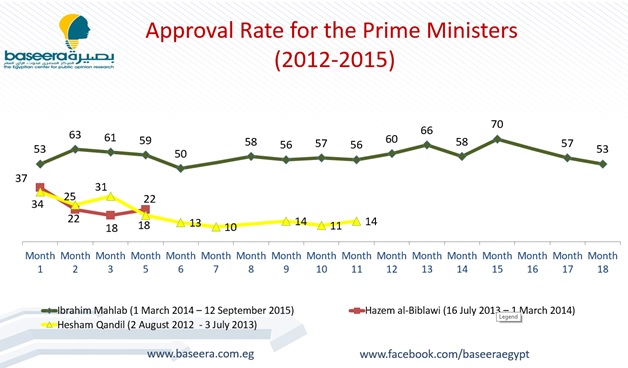 Outgoing prime minister Ibrahim Mahleb had a public approval rating of 53% two days before his resignation, according to the Egyptian Center for Public Opinion Research (Baseera).

Baseera said Monday that he had the best rating of any prime minister since the 2011 revolution.