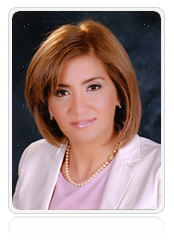 Promoting investment in Egypt requires a professional body and an efficient marketing and media communications plan, according to Nour Elzeny, General Manager of Corporate Communication at the Suez Canal Bank.

Elzeny, who is also a lecturer at the American University in Cairo (AUC), added that it is necessary to continue with promotional media and advertising campaigns. This should happen, in particular, after March’s Economic Summit in Sharm El-Sheikh and following the opening of the New Suez Canal in early August. The campaigns would explain and assert Egypt’s new identity, in accordance with a studied plan, throughout the year.

According to Elzeny, it is important to formulate a specialised body for promoting investments in Egypt, made up of young professionals, specialised in marketing, as well as local and international communications. These professionals would need to have an economic and financial background, and the ability to communicate in several languages. The specialised body would use international public relations companies to aid in reaching out to external markets.

Research should be conducted to determine the problems facing current investors, and the market’s needs, alongside the needs of local and international investors, according to Elzeny. Research determining examples of countries that achieved success in attracting external investments should also be conducted, in addition to studies determining the media that the investors follow, as well as other studies.

She added that these advertisement and media campaigns should aim at showing the advantages of investing in Egypt, including the high returns on investments. They need also to show how to invest in Egypt, and the projects that can be worked upon, she added. Moreover, they would focus on success stories of present investors through news reports and television interviews, and news covering officials, businessmen, investors, professors, economic experts, and consulting firms.

Elzeny added that Egypt can produce television advertisements directed at investors, informing them of the advantages of investing in the country, including the high return on investment, free trade agreements with several countries, big market to sell the products, strategic geographical location, moderate climate, and affordable labour. The advertisements can also include investors’ testimonials about the economic viability of investing in Egypt. This advertisements would be presented on various international media platforms that investors follow, like CNN, and economic international television programmes with high viewing rates.

According to Elzeny, Egypt can efficiently participate at international economic summits through official and business representatives, to promote the advantages of investing in Egypt, through an investment pavilion, where projects would presented. Moreover, Egypt can coordinate with the media to conduct interviews with officials and businessmen, in addition to speaking at workshops and seminars about the advantages and methods of investing in Egypt.

Elzeny added that Egypt can use the experience of local and international investment banks, as well as chambers of commerce, and commercial cooperation with other countries in attracting investors. The country can also use the diplomatic missions abroad to promote investment in Egypt.

Moreover, the different websites presenting the reality of investment in Egypt and the methods of investment should be updated with the new information, reports and research. We should also find an efficient means of communication to respond to requests, in addition to conducting digital online campaigns, she said.