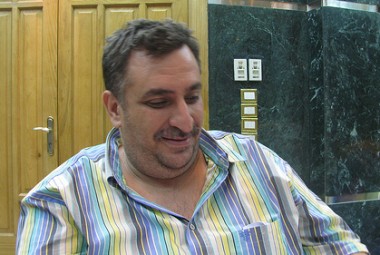 Abo El-Sebaa Weaving Group is searching for a strategic investor to pay-off its debts and re-launch the company, says Ismail Abo El-Sebaa, the group’s chairman and one of its founders.

Abo El-Sebaa told Daily News Egypt that the group has a strategy to re-launch its affiliated factories. In order to achieve this step, the plan requires a liquidity that amounts to EGP 50m.

He added that the group signed an agreement with the banks in 2011 to settle its debts and obtain the EGP 50m needed. However, the agreement was not implemented to date; therefore the group was forced to search for a strategic investor to help it overcome the crisis.

Give us a brief introduction about the Abo El-Sebaa companies group.

The group consists of three companies.  The first one is Ismail Hussein Ismail Sons Company (Abo El-Sebaa Weaving Factory), established in 1936. It is considered  one of the largest and oldest weaving companies. The company began production 80 years ago and exporting its production in 1981.

The group has a large base of clients worldwide. It exports its productions to the US, Australia, New Zeeland, some European, Arab and African countries. It also sells its production to many clients in the Egyptian market. Its products are available at the outlets responsible for distributing the company’s products.

The group’s exports amount to $100m on an annual bases, while the size of its activity is estimated at EGP 600m.

How much are the company’s assets?

Why is the company facing a crisis? How are banks involved?

First of all, I would like to clarify that the company’s crisis dates back to the 2008 global financial crisis. Some of the companies that we export our products to abroad were facing a crisis too, especially in the US market. So millions of dollars owed to us by these companies were wasted.

Another reason for the group’s crisis was its expected expansions. Some banks provided the group with credit facilities that did not meet the cash flows, a huge mistake that led the company to stumble.

This also caused the group to face obstacles and be unable to meet its obligations. The support it received for exporting also stopped in September 2009, which contributed to more suffering. The company is also a family business and not joint-stock. This negatively affected all members of the family that own the group, and all their properties were restrained.

What is the solution in your opinion to get out of the crisis?

There are two solutions that can be quickly achieved. The first solution is for banks to implement the agreement that it made with the group and inject liquidity as agreed, until there is a strategic investor that acquires a large share of the company and injects necessary liquidity.

The second solution is for banks to form a committee to eliminate the mortgage on all the group’s assets and private properties until we are able to sell part of it and provide the necessary liquidity to re-launch the companies.

There are other solutions that are suitable for helping and launching all troubled projects again, eventually leading to giving banks the ability to establish companies. These companies will acquire dominant shares in faltering projects. We would be satisfied with banks acquiring a 80% or 90% share of our factories through these companies in return for launching the factories again.

Another way to resolve the problem is to establish funds for troubled projects, where the government will act as a guarantor for the projects.

You have mentioned that you are offering the group to a strategic investor? What are the strengths you depend on in your negotiations?

The group is considered one of the biggest producers of weavings and kitchen towels in Egypt with an experience of 35 years in exporting these products.

Among the features of the group is that, with the decrease in the price of the Egyptian pound compared to the dollar, the competitiveness of the company will increase in exporting, especially as most of the materials it uses are local and the share of importers in the final products does not exceed 10%. Also, the low cost of the company’s labourers and technicians will eventually reduce the final cost of the product.

The distance between here and Europe allows the group to deliver customer orders in the European market 45 days after the order is made, unlike similar factories in other countries that do not provide the same service.

The launching of the group will have a positive impact on working labour. If the group only launches a capacity of 70%, it will accommodate at least 3,000 to 4,000 workers, unlike feed-in industries that accommodate 5,000 workers.

The group includes all production lines and all stages of preparations, as well as weaving and embroideries with all their stages. No production stages are carried out outside the company.

Were you involved in any serious negotiations with any foreign or local investors to increase liquidity, to re-launch the group?

Yes, I entered many negotiations with a large number of foreign and local investors. However, the ongoing state’s circumstances prevented a final agreement in those negotiations. Besides, the factories are currently shut down, which makes it more difficult to negotiate.

The negotiations have included investors from Saudi Arabia, the UAE, Qatar, Turkey and other foreign countries. There were also negotiations with owners of major factories operating in the same sector in which we operate – fabrics. However, they rejected the offers due to their own circumstances.

What is the expected value of the group’s revenues, in the case of rehabilitation?

According to the budget estimates prepared by a specialised consulting firm in this regard, it is expected, in case of re-running the factories at only 70% production capacity, that the total revenues of the company in the first year of operation will reach about EGP 344.2m. This is compared to EGP 239.16m of expenses and on the basis of a dollar exchange rate of EGP 7.65. Therefore, the total expected profit in the first year will reach EGP 105m.

It is expected that the total revenue in the second year of operation will reach EGP 502m, compared to expenses of EGP 365.45m, and based on a dollar exchange price of EGP 7.65. Hence, the gross profit for that year is about EGP 139.55m.

How much currency liquidity is required from a strategic investor to resolve the group’s crisis?

We need an investor with at least $50m, equivalent to about EGP 390m.

What will these funds be used for?

This liquidity will be used to repay the debts to banks, financial leasing companies, the settlement and payment of all debts of suppliers and sovereign debt, and all debts of the company, in addition to the purchase of spare parts, to re-run the company.

What would be offered to the strategic investor in exchange for the payment of such liquidity?

When the investor pays $50m, they will become a partner and a shareholder with 65% of the company. According to the accounted estimated profits of about $10m per year, they shall recover their contributions within five years at the most. This amount, $50m, could double within a few years of operation. In addition, existing factories will possibility transfer of to the new industrial zone, where lands are cheaper, and current existing buildings and lands located in the residential area in Mahalla Al-Kubra will possibly be sold at high prices,  which will increase the profitability of the investor who injects liquidity into the group.