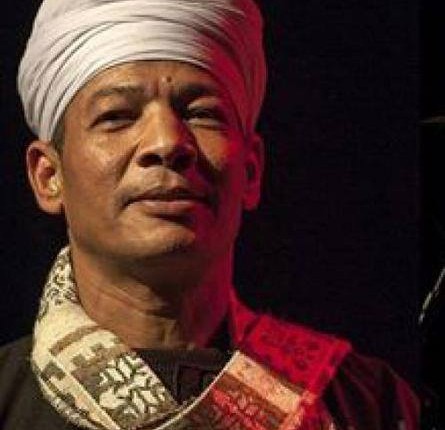 Not long ago, towns used to gather every night around folkloric bands, while the children enjoyed the miraculous tales of the story tellers. Not long ago, people did not need technology to be entertained; instead, they revived their grandparents’ heritage every night through rhymes and melodies.

Zanaty Khalifa and Abo Zeid El Helaly are mere names for today’s generation, especially those who have never been to Upper Egypt. However, they remain two of the most prominent folkloric tales, as well as a huge part of Egypt’s cultural heritage.

MasterPeace international organisation created a night of authentic reminiscing in one of Cairo’s most contemporary spots. The organisation had one main goal, which is to take a genuine Ramadan night from the heart of Upper Egypt, and bring it to Cairo.

“‘A Tale of Two Nights’ aims to revive this aspect in our culture, connect people and especially younger generations to our past, bringing these amazing folk stories and music from our Egyptian heritage in a very authentic yet modern set-up for people to enjoy a delicious Sohour over a blast from the past,” said Raghda El-Halawany, communication manager.

As the night unfolded, the audience was taken through an overnight trip to one of Upper Egypt’s towns.

The performances included a mix of genuine Sufi songs, folk music and tales of Upper Egypt, starting with the methodological stories and going on to an outstanding performance by El-Shiekh Zein Mahmoud who has brought Egypt’s folkloric music to countries such as Switzerland, France, the US and Brazil.

“Everyone loves stories; there is a big part of our Egyptian heritage that is deeply connected to stories and tales of courage, generosity, love, loyalty and betrayal,” said El-Halawany.

The nostalgic night was mainly sponsored by MasterPeace, in addition to the artists, who mesmerised the audience with their performances, and the District, which provided a great venue including a rooftop overlooking the Nile. Finally the Sohour’s delicious food was catered by Cairo Deli.

To capture the essence of these local nights, MasterPeace made sure that the event was open to anyone, just as the whole town used to gather in similar events.

“We opened our doors to everyone to enjoy this unique experience: young, old, families and individuals from all ages. Mainly we targeted young people to help them discover this great part of our culture with their families and friends,” said El-Halawany.

The event is part of a greater plan that aims to revive Egypt’s diverse culture. According to Ahmed Mohran, the project manager, the organisation’s agenda still has many themed events to come.

“We have plenty of diverse cultures in Egypt, such as the Nubians and Bedouins. We decided to get deeper in these cultures and discover the stories related to each of them. Accordingly we picked Upper Egypt as a start,” said Mohran.

MasterPeace is an international entity that believes in the power of music in connecting the world. The organisation has a long and impressive history of using music and art in uniting opposing nations around the world, as they have successfully organised hundreds of events in more than 40 countries.

“Over the years, we have organised many events in Egypt and we mainly used the power of music. ‘A Tale of Two Nights’ intend to bring people together for peace,” El-Halawany added. “Through this event we want everyone to enjoy our rich heritage, which we sometimes forget, and reconnect with it once again.”

MasterPeace is a global grassroots movement that is keen on inspiring everyone to use their talent and energy for peace building; therefore the organisation does not exclude the possibility of taking such nights abroad to spread Egyptian culture everywhere.

“People around the world are enchanted by the Egyptian folk music as well as folkloric dance and tales. Therefore, this represents a great chance for the Egyptian heritage to get global exposure through MasterPeace’s clubs which are located in more than 40 countries,” El-Halawany added.

“It would be great to spread the Egyptian culture to the world while bringing some other folkloric performances from other countries for the Egyptian audience in order to spread peace and togetherness.”