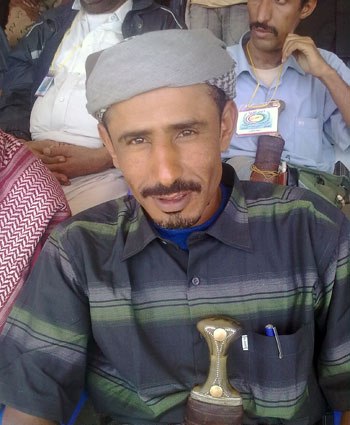 Yemen has been witnessing increasing turmoil following the power grab by Shi’a rebel troops led by Abdul Malik Al-Houthi in the north. The group have taken over many Yemeni cities and entered the capital Sana’a in September 2014, amid clashes with the state forces, which left hundreds dead, including civilians.

As ships en route between the GCC and the Mediterranean pass through Yemen’s coastal waters, the country’s security status is crucial for several countries, especially oil exporting ones. However, it has a history of waves of conflict and division attempts between the north and the south.

Despite their common views against Hadi and his government, and stance towards Gulf countries, Al-Houthi rebel group is following the Shi’a Zaidi doctrine and has been always based in the northern part of Yemen, while the Southern Rebel Movement is fighting for taking control over the south, and is following a Sunni Shafey doctrine.

Were you expecting the Saudi-led military intervention?

Yes we did, Saudi Arabia was targeted by the forces in northern Yemen.

Are you with it or against it?

But is it harming Yemen?

Are you collaborating with the Houthis or any fighting groups inside Yemen to counter this intervention?

We, as southerners, are not going to collaborate with any person except those who want liberty and independence for the south, and we will never join forces with any group who wants to destroy the unity of Yemen. More than 4,000 martyrs from the southern rebel movement died as reward, to retain the Democratic Republic of Yemen, since 1994. We are not going to thwart the intervention, our steps are peaceful and we will continue peacefully until the south regains its independence.

What are your coming steps, then?

In the south, there are many dialogues for forming a southern leadership which will call on all Arab countries to achieve the southern people’s demands, which are liberty and independence. These countries include Egypt.

What are the southern movement steps to contain the situation in Yemen?

The southern movement is taking wise and well assessed steps, and citizens of the south will never take part in an ethnic conflict, or join forces against those who want our nation to be drawn into a civil war whether in the north or the south. We are taking solid steps for achieving our goals which are liberty and independence.

The only religion in southern Yemen is Islam from the ‘Shafey’ doctrine; some Gulf countries want an ethnic war between north and south.

Could you please explain who those powers are?

When we start talking about foreign powers we first have to mention Hadi who wants to move the conflict from the north to south, and put the southern movement on the frontline of the conflict instead of unity. If there are some powers trying to fight for this unity our aim as southern movement is liberty and independence and will always be. No doubt the west is leading the powers which aim to destroy the Arabian powers. They do not want any Arab nation to develop nor any country or person or Islamic nation. On top of this, western power is the United States.

What do you think of Hadi’s latest speech from Aden?

The latest Hadi speech was not clear at all and was not up to the expectations of the southern people, it’s a speech prepared by foreign powers and Hadi took part in it when he announced it. In my opinion, not just as a southern citizen but also an Arab citizen, what happens in Sanaa or outside Sanaa from bombings is part of foreign plans that aim to destroy the Arab and Islamic nation. This includes Egypt recently when it was attacked by ISIS, and other terror organisations.

So do you think the conflict in Yemen is connected to ongoing conflicts in other Arab countries?

They are the same powers; there are powers who want to draw the Arab region into more corruption more than what it has already reached. There are Arab countries as well taking part in the Yemeni conflict, for example the Gulf countries, instead of standing by the southern people side and we as leaders of the southern rebel movement called on the Gulf countries many times to stand by our side and support the southern demands in independence and liberty, but unfortunately they stand beside persons or a small group for their own personal interest.

What about other opposing forces in the North such as Houthis?

When we talk about Houthi, let’s talk first about Ali Abdullah Saleh who led the war against the south in 1994, and the reform party which is affiliated by the Muslim Brotherhood. But when we talk about Houthis, we are not against the Houthi in any northern part of the country, but the south we have our right in it, and the foreign powers should support this right in it and preserve the south from those who came forward to it from extremists.

What are the most important challenges faced in the south currently?

The south locations include major oil fields which are targeted by the international powers and extremists. Shabwa and Hadramawt provinces in the south contain the majority of the government resources. We call on the world to support us in maintaining the security in this area instead of supporting militants. It’s a huge confrontation for us to preserve the south.

Do you support the common Arab defence initiative?

We called many times on the Gulf countries and Egypt to stand by southern movement to present solutions whether federal or non-federal solutions and we proposed the Gulf initiative which was cancelled after it was initiated on the same day, and we went to the streets demanding dialogue in 18 March. There will be no solution except what the south wants and what satisfies the southern people. In return we present many martyrs and injuries.

We demand on Egypt, and its foreign minister and the Arab league to stand by the southern people and the right word. Our security concerns are the same and the security status of Bab Al-Mandab is equally important for Egypt Suez Canal.

In particular what do you suggest to be discussed in the next Arab summit?

We do not mean the southern movement which was formed by Abd Rabbou Mansour Hadi in Sanaa, but we mean the southern movement which has been fighting and will always fight and was never working for anybody’s personal interest. We demand retaining the state of south, and preserving it from ISIS and Al-Qaeda which are supported even by neighbouring countries even the Gulf countries.