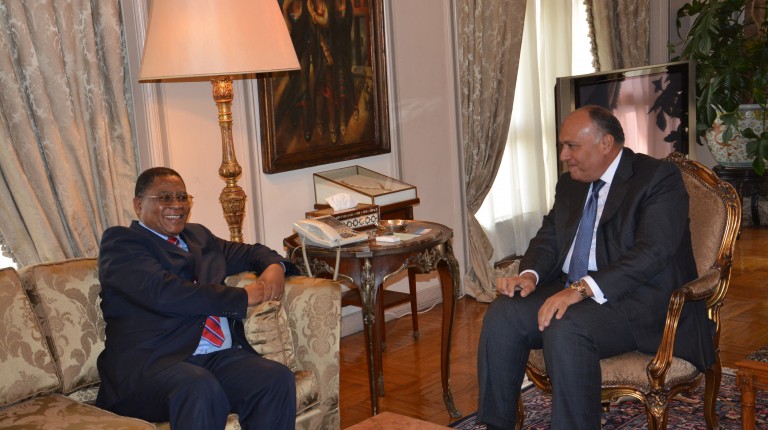 Minister of Foreign Affairs Sameh Shoukry met with Secretary General of Common Market for Eastern and Southern Africa (COMESA) and Chairperson of COMESA-EAC-SADC Sindiso Ngwenya to discuss ways of strengthening relations between Egypt and COMESA in trade and economics.

The tripartite is comprised of the 26 member countries of COMESA, the East African Community (EAC), and the Southern African Development Community (SADC).

Abdelatty stated that the heads of state and governments of these countries will sign a convention to establish the Free Trade Area which will enhance the cooperation between African countries with regard to strengthening the bilateral trade volume.

The Free Trade Area is the first phase of implementing a developmental regional integration strategy that places a high priority on infrastructure development, industrialisation, and the free movement of businesspersons, according to statement by Ngwenya in October.