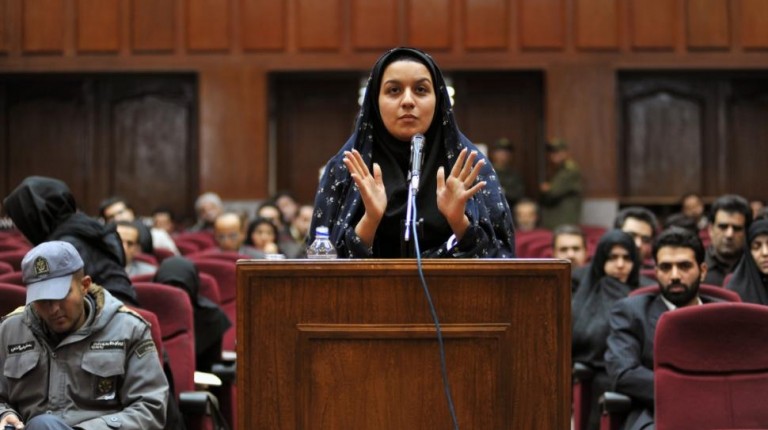 The Iranian authorities hanged on Saturday morning a woman convicted of killing a man who allegedly tried to sexually abuse her, despite an international campaign challenging the verdict.

According to Amnesty International, Reyhaneh Jabbari was sentenced to death in 2009 after a deeply flawed investigation and trial.

Her execution was initially set to be carried out on 30 September but was postponed for 10 days.

“The death penalty is a despicable punishment that is both cruel and inhumane,” Amnesty International said in a statement released a few hours before the execution.

“Applying such a punishment in any circumstances is an affront to justice, but doing so after a flawed trial that leaves huge questions hanging over the case only makes it more tragic,” the statement added.

Jabbari, 26, was arrested in 2007 for the murder of Morteza Abdolali Sarbandi, a former employee of Iran’s Ministry of Intelligence.

She was placed in solitary confinement for two months and was denied access to a lawyer or her family, before being sentenced to death by a criminal court in Tehran in 2009.

Jabbari apparently admitted to stabbing Sarbandi, whom she said had tried to sexually assault her. However, she said that another man who was also in the house at the time killed him. Her claims do not appear to have ever been properly investigated.

Jabbari’s execution was deferred a number of times, including in the last month.

“Instead of repeatedly rescheduling Reyhaneh Jabbari’s execution date, the Iranian judiciary should order a re-trial that complies with international standards for fair trial without recourse to the death penalty,” said Hassiba Hadj Sahraoui, Amnesty International’s deputy director for the Middle East and North Africa Programme.

Renowned Iranian human rights lawyer Nasrin Sotoudeh was arrested on Saturday with a photojournalist during a mass protest in Isfahan, Southern Iran.

On Wednesday, thousands of women took to the streets of Isfahan demanding justice for the disfigured women. They gathered in front of the local court and chanted against the current president and the extremists who carried out the attacks. Security forces fired tear gas to disperse the demonstration.

“Heartbroken to hear about the inhuman Acid Attacks. My heart goes out to the victims and the brave people of Isfahan,” Iranian President Hassan Rouhani said on his official Twitter account on Friday.

The accidents come at a time of passing a new law that potentially punishes Iranian women who are not “covered in the Islamic costume.”

Photojournalist Arya Jafari, who works for Iranian Student News Agency (ISNA), was arrested from his home by security forces after AFP published his photos of the protests.