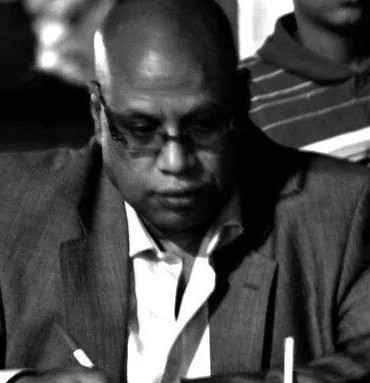 The New York Times wrote a report last week detailing how Egypt, in cooperation the United Arab Emirates, conducted a joint airstrike against Islamist militias in Libya. The report, written by the newspaper’s Office Director in Cairo, David Kirkpatrick, and Editor Eric Smith, went on to tell the details of the airstrike, which they claim was a repeat of a previous strike whose place of origin was unknown. This airstrike, the story said, took place without the consent of the United States and came as a surprise to US officials, comprising a part of the conflict between those who support and oppose political Islam in the region.

Although it is too early to accept, reject, or modify the New York Times narrative just yet, and despite statements made by President Abdel Fattah Al-Sisi during a recent press conference in which he said that Egypt will not intervene militarily in Libya; despite the complex and ambiguous developments taking place in Libya at the moment that could, in the future, reveal many current unknowns, the danger of this story is what many analysts and guests on television networks have said regarding the New York Times: that it is a “sacred newspaper”. Many have said with a confidence akin to religious belief that the New York Times is always truthful and honest, while other media sources like Egypt’s Youm7 or Syria’s Tishreen are a potential forum for unfounded reports.

No one denies that the reputation of the Arab media is in the gutter or that it does not differentiate between news and opinion or news and rumour. Arab media has been detached from reality since its inception, from the time Abdullah Al-Nadeem covered events of Ahmed Orabi’s army confronting the invading British forces and fabricated dozens of reports on British naval ships set aflame in the Mediterranean while British forces were instead rapidly advancing towards Cairo. Ahmed Said’s reports on Sawt Al-Arab in 1967 claimed that Israeli Air Force planes were dropping like flies, when in reality, the Israel Defense Forces nearly swept the entire Egyptian front. Said Al-Sahaf made fiery televised speeches about the Iraqi army’s annihilation of the invading “infidel” American forces, while the “infidels” had in fact taken control of Baghdad Airport. Despite all of this—the Arab media and its undeniable detachment from reality and penchants for twisting the truth—the American media, and more specifically the New York Times, represents another facet of this phenomenon, albeit more professional and less crude in twisting the facts to suit specific political motives.

For example, the New York Times published through veteran journalist Judith Miller a series of articles on the presence of Weapons of Mass Destruction (WMD) in Iraq before the United States declared war on the country. Miller made it clear that she used trusted sources from the inside that provided accurate information and details at the time. It was later revealed that her reports largely lacked accuracy and often repeated the words of Ahmed Chalabi, a widely known figure who opposes the Saddam Hussein regime and wanted to see the leader overthrown. Miller’s reports represented a great deal of danger, as they became cited frequently and to a large degree of confidence by television networks and senior officials including Condoleezza Rice, Collin Powell and Donald Rumsfeld. Miller’s stories eventually helped formulate the rhetoric that pushed for a declaration of war on Iraq.

The New York Times, along with other media outlets, has had its fair share in shaping public opinion regarding the war in Iraq. It helped promote the idea that Iraq was responsible for the 9/11 attacks and that Saddam Hussein was an Al-Qaeda ally, that Iraq still held a stock of chemical weapons through 2003, and that Baghdad retained 20 missiles capable of carrying nuclear and chemical warheads that threatened American forces in Cyprus, among other things.

In a similar fashion, New York Times coverage on Iran has not been free of politics, even resembling propaganda at times.

On 9 January 2012, the New York Times published an article entitled “Europe Takes a Bold Step Toward a Ban on Iranian Oil”. In this article, the NYT described “a recent assessment by the International Atomic Energy Agency [confirming] that Iran’s nuclear programme has a military objective”. Many parties have denied that such a statement would be issued by the IAEA due to its strict neutrality. According to www.commondreams.org, the New York Times has removed the statement from the story article. However, Robert Naiman, an editor for the New York Times website, pointed out in a note that “if you search by military ambitions you will find the statement, but as soon as you try to read the full article, it will not be there”.

Regarding the Palestinian case, the New York Times’ professionalism in accurate reporting can be called into question as well. On 16 June 2014, the New York Times reported on the killing of four Palestinian children on a Gaza beach as a result of an Israeli bombing under the title “Four Boys Killed While Playing in Gaza”, showed US media watchdog Fair. Despite the headline itself being misleading and giving the impression of a homicide, the editor did not tolerate this and altered the title to something more ambiguous: “Boys Drawn to Gaza Beach, and Into Center of Mideast Strife.”

Khalid Mahmoud is an Egyptian journalist.