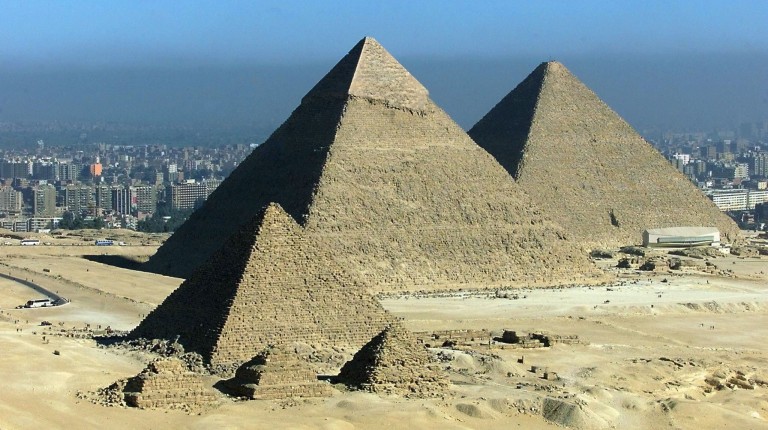 The German government last week returned 15 archaeological samples taken from the Cheops Pyramid to the Egyptian Ambassador in Berlin after Egypt pressed charges against two German researchers for illegally removing them from the country.

Dominique Goerlitz, a natural scientist, and Stefan Erdman, an author, visited the Cheops Pyramid outside of public opening hours in 2013 with a special permit that allowed them to enter the five small chambers on top of the king’s grave. The Egyptian Ministry of Antiquities has accused the two of taking paint samples from a hieroglyph mural painting, called the cartouche of Khufu, without permission, according to a ministry press release.

Monica Hanna, a professor of archaeology at Humboldt-Universität zu Berlin, reported the theft to the Egyptian authorities after watching a video on YouTube that shows the two Germans taking samples, she said.

“This is an Indiana-Jones mentality,” she said. “We can’t allow amateurs like these two men to take samples from the pyramids and let them do experiments.”

German Minister of Science and Art Sachsen Sabine von Schorlemer personally handed over the sample pieces to the Egyptian Ambassador, according to a statement from the German government.

Goerlitz, who is being tried in absentia, denies taking the samples directly from the cartouche, claiming that the cartouche was already damaged when he visited. He said they only took stone samples and didn’t touch the cartouche itself.

“We didn’t come to steal anything,” Goerlitz said.

He and Robert Bauval, a Beligium writer and ancient Egypt researcher, have collected photographic and video evidence documenting how the cartouche of Khufu already showed chisel tracks in pictures taken in 2006, leading them to conclude that somebody must have taken samples between 2004 and 2006. Among the evidence, Bauval said, is a videotape of former Minister of Antiquities Zahi Hawass with the damaged cartouche in 2006.

“Either Hawass didn’t notice the marks or he didn’t want to report it,” Bauval said.

Goerlitz said he and his colleague already officially apologised to the Minister of Antiquities, Mohammed Ibrahim, for taking samples back in October 2013 and was willing to return all the samples.

“The charges are absolutely groundless,” he said.

The amateur archaeologist’s trial kicked off in June and will continue in September.

Six Egyptian men who guided the two Germans through the Pyramid’s chambers have been in jail for seven months for alleged collaboration in the theft, Goerlitz said.

“I ask the Egyptian minister to show some humanity and sanity,” he said.

Goerlitz and Erdman are also facing legal prosecution in German courts for theft and criminal damage.