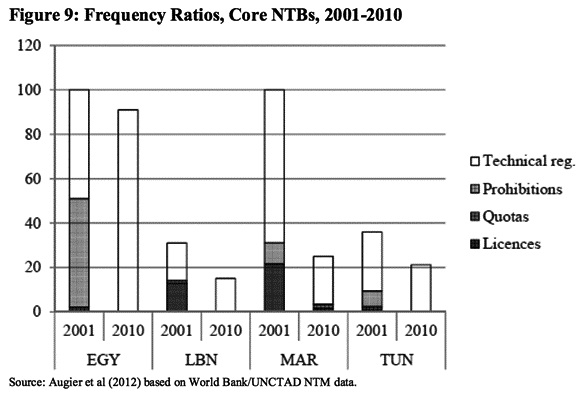 A working paper published by the Economic Research Forum (ERF) in June stated that sanitary and phyto-sanitary measures (SPS) imposed on Egyptian exports have a negative impact on the probability of exporting new products to new destinations. 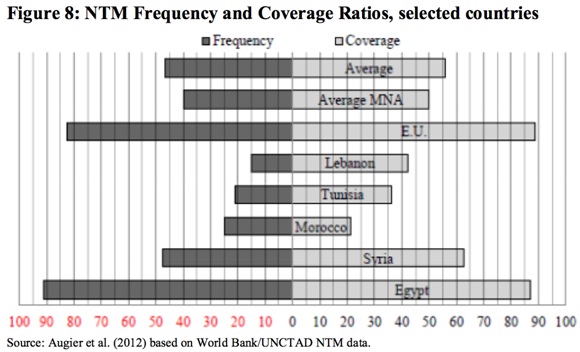 NTMs add on average an additional 87% on the restrictiveness imposed by tariffs. They are more problematic than tariff barriers because NTMs are concentrated in a smaller number of sectors and in those sectors they are much more restrictive.

Both importing and exporting countries apply these measures, which imply various challenges and additional costs for exporters in developing countries.

NTMs are also used to correct for market failures and maximise national welfare. One of the market failures that NTMs correct is protecting the health and safety of consumers in the case that the products and services could threat them.

These measures are mainly present in the agri-food trade since these products are subject to regulations with non-trade objectives such as the protection of consumers or the environment.

One NTM is sanitary and phyto-sanitary (SPS) measures. Those measures deal with food safety and animal and plant health. They aim to ensure that a country’s consumers are being supplied with food that is safe to eat while also guaranteeing that strict health and safety regulations are not being used as an excuse to protect domestic producers from competition.

Egypt is one of the countries most affected by NTMs, the report notes, with the number of SPS measures imposed on Egypt increasing from 18 in 2006 to 888 in 2012. All SPS measures on products exported by Egypt are imposed by Europe, one of Egypt’s largest trading partners. Exports to Europe account for almost 50% of Egypt’s exports. In 2011 and 2012, the European Union imposed SPS measures on leguminous vegetables, beans and seeds imported from Egypt, stating food safety, and protection of humans, animals, and plants from pests and diseases as the reason for implementing the SPS measures. 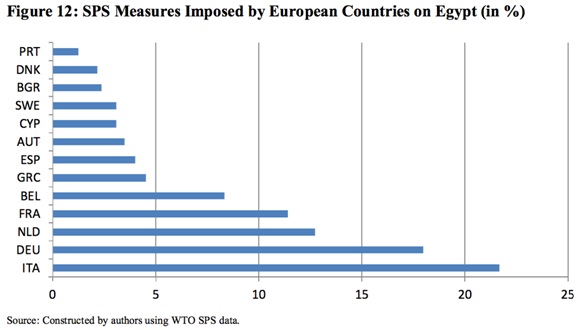 40% of SPS measures imposed on Egyptian exports are on leguminous vegetables, 50% on other vegetables, 6% on oil seeds, and 3% on some spices. 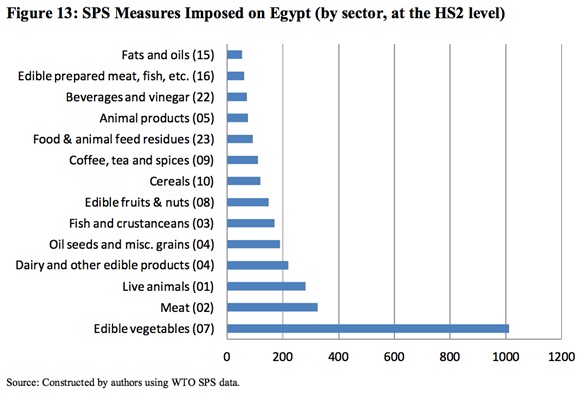 SPS measures imposed on Egyptian exports have a negative impact on the probability on exporting a new product to a new destination.

The paper suggests, on the policy making level, that the government supports firms to increase their quality and productivity in order to export. This could be done through government export promotion programmes. Improved quality will encourage SPS imposing countries to remove their SPS measures and allow exporting firms to sell their products to new destinations with high quality standards.