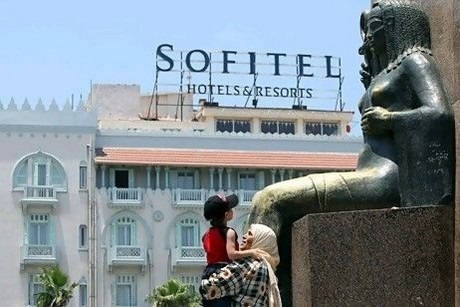 The Ministry of Tourism is contracting with E-Finance to provide smartcards for the provision of diesel fuel for hotels and transportation companies, according to a Ministry of Tourism official, in a bid to overcome problems associated with lifting subsidies on solar energy starting in July.

The Ministry of Finance is considering removing subsidies on diesel fuel at the beginning of next July while providing EGP 2bn to support the Ministry of Tourism.

The tourism sector receives diesel fuel at EGP 1.10 per liter, and this price will rise to EGP 5.35 once subsides are removed, according to the official. “The Ministry of Tourism will shoulder the price difference during the first year,” he added.

The Ministry of Tourism released a document containing list of hotel and transportation companies with which it had formed contracts to supply petroleum products through smartcards, which E-Finance will provide.

“There are 12 oil companies for distributing diesel fuel, and they will be working to supply petroleum products on a regular basis and without an intermediary,” the document said.

The Ministry of Finance has allocated EGP 1.25bn, up from EGP 165m, to help the Ministry of Tourism cope with the removal of diesel fuel subsides.

According to the Ministry of Planning and International Cooperation, tourist activity comprises 11.3% of GDP.

According to the Central Bank of Egypt, tourism is ranked second in terms of most important sources of income for Egypt after remittances from Egyptians abroad, and is followed by income from the Suez Canal.

A total of EGP 2bn has been allocated to this sector, which directly and indirectly provides job opportunities to 3.8 million individuals.

According to the Egyptian General Petroleum Corporation (EGPC), the cost of providing petroleum products for tourist activity is EGP 16bn, while the sector only receives EGP 3.5bn.