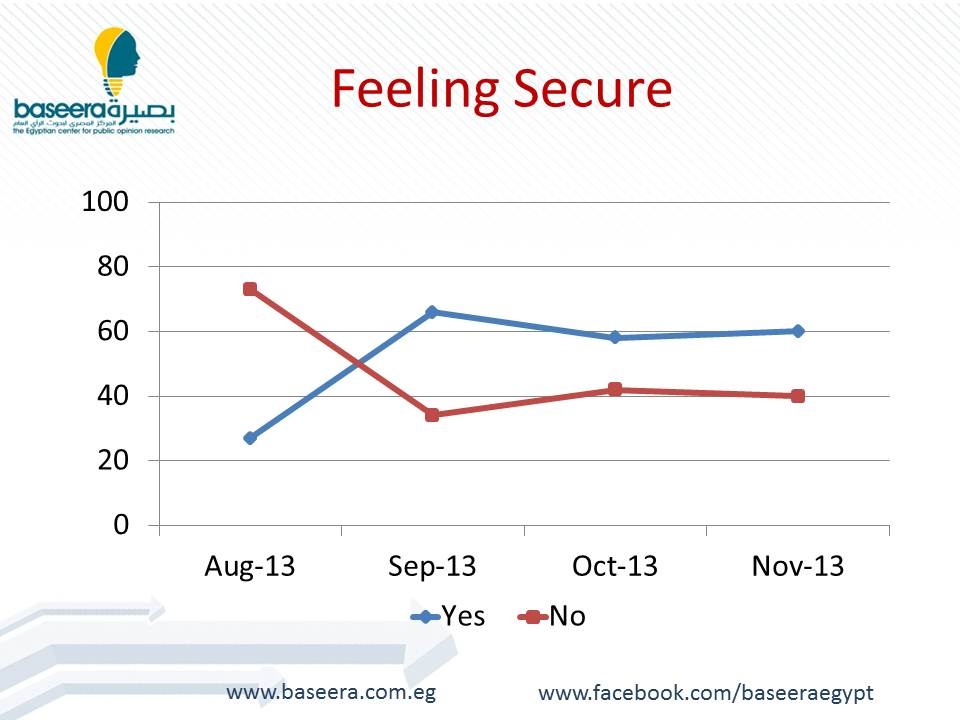 The Egyptian Center for Public Opinion Research “Baseera” conducted a public opinion poll on the upcoming presidential elections which will take place in 26 and 27 May, to see whether Egyptians know about these dates, what they want from the next president and whether they read, watch or hear about the electoral platforms of the candidates.

In a question with multiple answers about the most important things they demand from the next president, 60% of participants chose restoring security, followed by providing job opportunities with 40%, and 29% of them chose improving the country’s conditions. Meanwhile 25% said they want the next president to raise the standard of living, 16% chose justice, and 9% demanded supervision over prices.

It is worth noticing that improving education and scientific research were the last priorities to Egyptians, with 3% and 1%, respectively.

Around 58% of Egyptians watched the TV interviews with the presidential candidates last week. This percentage rises from 51% among those who had less than intermediate education to 77% among those with a university degree or higher. When asked those who watched the interviews whether they were beneficial to them or not, 87% said they were, and this percentage rises from 80% among youth aged 18-29 years old to 91% among those aged 50 years old or above. The results highlight that half of those TV interviews viewers watched them on CBC channels, followed by ON TV and Al-Nahar channels.