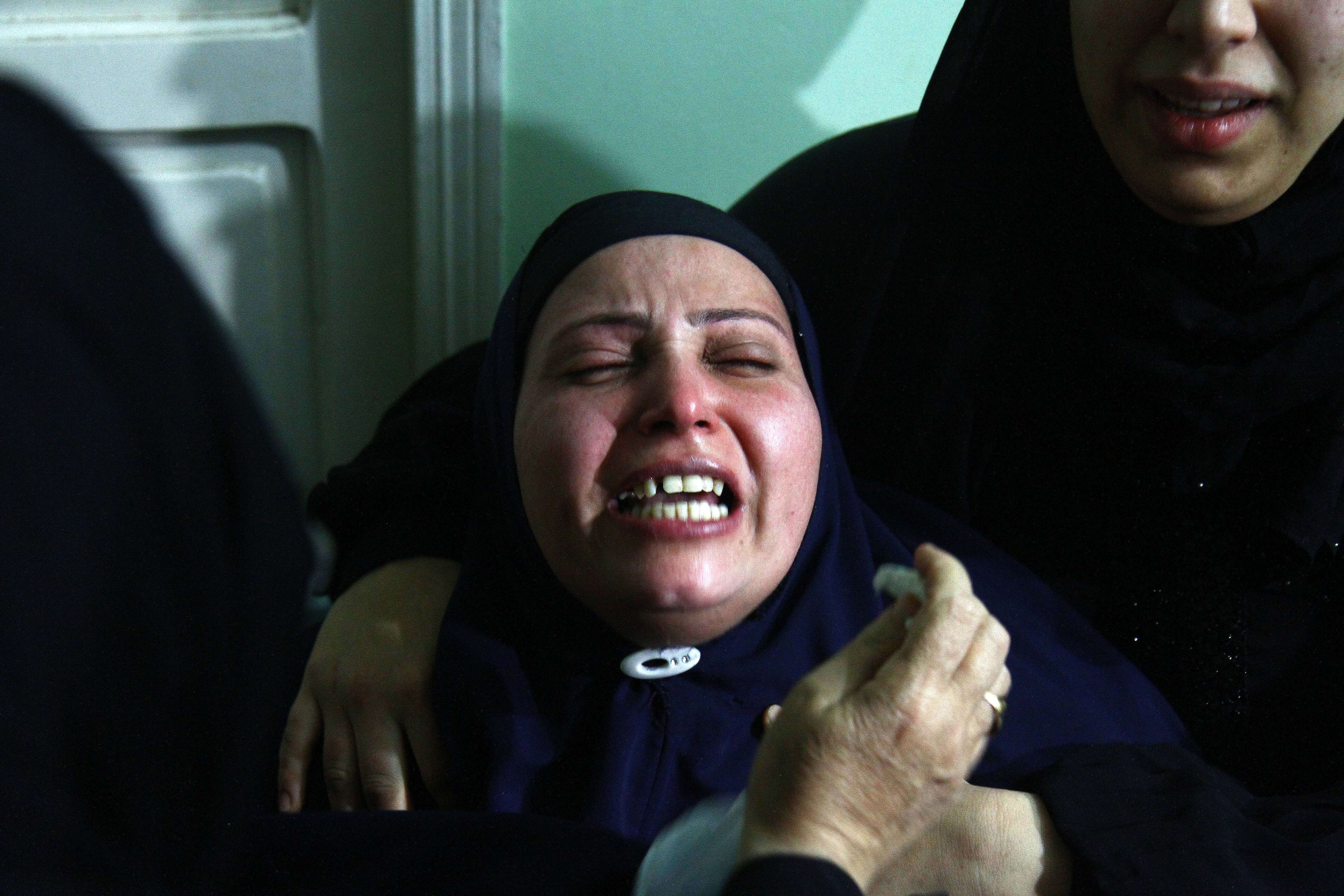 According to state-run Al-Ahram, Al-Dostour’s editor-in-chief called for an investigation into her death. Reports from the scene suggested that Ashraf was shot by security forces, although her final dispatch noted that the Muslim Brotherhood protest “exchanged gunfire and birdshot” with security forces.

Ashraf was counted by the Ministry of Interior as one of the four people killed in Friday’s clashes. Another woman, Coptic Christian Mary Sameh George, was stabbed to death in Ain Shams. The protests were in response to former defence minister Abdel Fattah Al-Sisi’s resignation from the military, a move that qualifies him for participation in the upcoming presidential elections.

After a particularly bloody 2013 in which six journalists were killed, Ashraf’s death marks the first of 2014 and the tenth since a popular uprising that ousted former autocrat Hosni Mubarak from office in early 2011.

The Committee to Protect Journalists (CPJ) released a statement on Friday condemning the death and calling for a quick investigation into the crime. “We call on the Egyptian government to open an independent and impartial investigation into Mayada Ashraf’s killing,” said Sherif Mansour, CPJ’s Middle East and North Africa program coordinator. “A journalist’s death should not be used to settle political scores — the focus should be on journalists’ right to safely cover events in Egypt.”

The Hisham Mubarak Law Centre also released a strongly-worded statement about Ashraf’s death, drawing particular attention to the fact that an ambulance was unable to reach her for “three or more hours” due to ongoing battles between security forces and protesters.

“We condemn the authoritarian practices of the regime,” which seek to “eliminate all dissenting voices”. The statement mentions the “alarm bells” of violations against journalists, which should no longer be tolerated, calling for Egyptians to “stand in the face of tyranny”.

The CPJ named Egypt the third deadliest country for journalists in 2013, as the second half of the year saw an increase in violence against both journalists and protesters. After Morsi’s ouster on 3 July, “the military-supported government detained, assaulted, and harassed dozens of journalists considered critical of the government or sympathetic to Morsi and the Muslim Brotherhood. Authorities also raided news outlets and confiscated press equipment.” CPJ documented at least 71 violations against the press from July to October of 2013.

Many journalists, like Abdullah El-Shamy, are still in prison awaiting charges. El-Shamy, who worked for Al-Jazeera, was arrested outside of the Rabaa sit-in on 14 August. He has been in prison since, and has yet to face charges. He began a full hunger strike on 22 January to protest his ongoing detention.

Three other Al-Jazeera journalists were arrested on 29 December 2013 from their Marriott hotel room. They face charges of “distorting the image of Egypt abroad” and “fabricating news to aid the Muslim Brotherhood”. Their much-publicised trial is set to resume on 31 March.

Journalists have called for a protest in front of the Press Syndicate Saturday to condemn the death of their 22 year-old colleague. They are warning of a “journalists’ uprising” in response to ongoing violations against journalists working in the field.