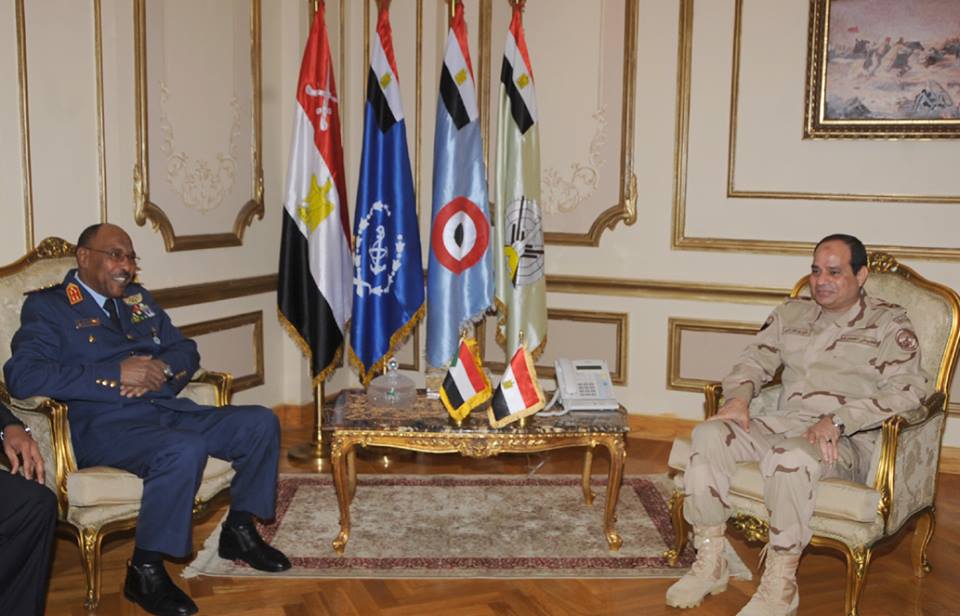 “The meeting discussed means to strengthen military ties and security cooperation between the armed forces of the neighbouring countries,” said army spokesman Colonel Ahmed Ali, in the statement.

The Sudanese minister officially congratulated the Egyptian people and the government on the new constitution, the first “gains” of the post-3 July roadmap, according to the statement. Hussein stressed that his country will stand by Egypt until “all the demands of the Egyptian people are met.”

Hussein also congratulated Al-Sisi for his promotion, wishing him and the Egyptian armed forces the best of luck in their “major endeavours” of reestablishing order and security in Egypt and the region.

From his side, Al-Sisi remarked on the interdependent relations between the two countries and expressed hope for cooperation in the future.