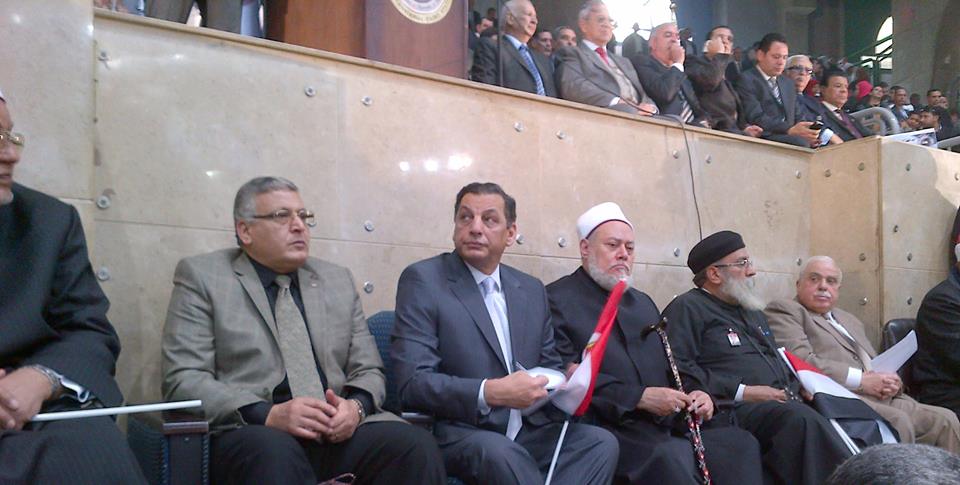 Among the speakers at the conference were Honourary President of the Front and Fomer Grand Mufti Sheikh Ali Gomaa, Former Minister of Interior Ahmed Gamal Al-Din, representative of the Coptic Orthodox Church Boles Oweida, and former Member of Parliament Mostafa Bakri, among others.

“The front is based on ideas rather than [well-known] personalities,” said Gamal Al-Din, who stressed that, “Egypt today needs to cleanse itself internally from traitors and from outside conspirators.”

The speakers highlighted in their speeches that Al-Sisi is “the right man for the current period”, using the results of the referendum as evident of “Egyptians’ support” of the road map. The speakers also called on the Egyptian people to “celebrate the memory of 25 January revolution with the police and the armed forces”.

At the end of the press conference, patriotic song Teslam Al-Ayady (Praise the Hands) was played. The song has turned viral since the military-backed 3 July ouster of former President Mohamed Morsi as a sign for the support of the armed forces and its leadership.

“Egyptians gave two Yes [votes] in the referendum: one for the constitution and the other for Al-Sisi’s run for the presidency,” said Abdel Sattar.