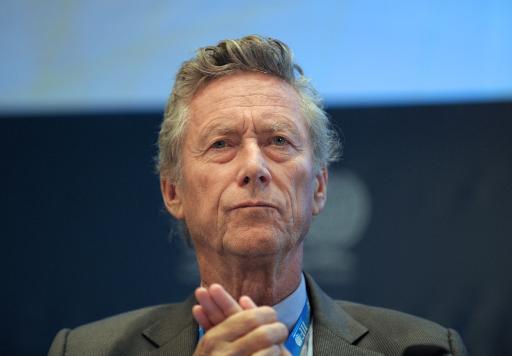 AFP – The International Monetary Fund said Tuesday that the global economic recovery is strengthening as countries move away from austerity budgets and financial systems improve.

The fund increased its estimate for world growth this year slightly to 3.7%, after 3.0% in 2013, while warning that the rebound of the world economy is still “weak and uneven”.

It was the first time in nearly two years that the Fund revised its growth forecasts upwards: rougher conditions than expected have forced repeated downgrades of its predictions.

“The basic reason behind the stronger recovery is that the brakes to the recovery are progressively being loosened,” said IMF chief economist Olivier Blanchard, in the fund’s newest assessment of the global economy.

“The drag from fiscal consolidation is diminishing. The financial system is slowly healing. Uncertainty is decreasing,” he said.

However, he added, there are significant differences between the United States, where growth looks “increasingly solid”, and Europe, where growth remains weak and even weaker in the countries of the eurozone’s southern rim.

Blanchard added that unemployment “remains much too high” in most advanced economies.

But the Fund sees economic expansion continuing to accelerate into next year, when global growth should hit a healthy 3.9%.

Most of the gains will come from advanced economies as emerging markets — which had been the source of strength during the crisis years of 2008-2011 — are themselves forced to restructure to address capital outflows and diminished competitiveness.

The faster growth in advanced economies will help the others, stimulating demand for their exports, the IMF said.

With the exception of China, domestic demand remains weak and a challenge in many developing countries, as global financial conditions slowly tighten.

But many of those countries also face policy or political uncertainty, as well as bottlenecks for economic activity, “with the latter weighing on investment in particular,” the Fund said.

The IMF said that a key worry is deflation in the advanced economies. The United States, Europe and Japan are all wrestling with uncomfortably low inflation, which, together with persistently high unemployment, has forced their central banks to continue strong stimulus programmes.

“If people’s expectations of future inflation drift down in response, actual inflation could turn out even lower than projected. That would increase real debt burdens and raise real interest rates, hampering growth,” the IMF said.