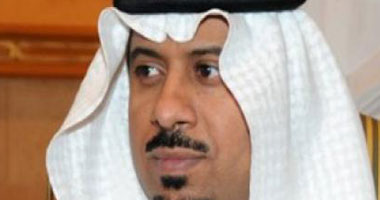 Saudi members in the Egyptian-Saudi Council proposed a bill to amend the Egyptian Law 8/1997 concerning investment guarantees and incentives. Furthermore, the bill amends the Egypt-Saudi Arabia Trade Agreement and enables the council to use international arbitration in its negotiations.

Egyptian-Saudi Council Chairman Abdallah Bin-Mahfouz revealed that the Saudi side proposed the amendments to the interim President Adly Mansour at the GCC Economic Forum held in Egypt.

Bin Mahfouz gave Al-Hayah Newspaper an overview of the intended changes: “The proposed includes five guarantees. First, criminal cases against the investor’s licensed activities in Egypt are not started unless requested by the Minister of Investment. Second, the Egyptian government has to confirm all the rights and advantages stipulated in previous laws, untouched by new decrees.”

Bin Mahfouz added, “The amendments do not allow new laws to reduce the advantages or rights acquired by the investor at the time of the company establishment.”

Moreover, the bill amends the Egyptian-Saudi Trade Agreement to include an international arbitration clause, which is the case in agreements with other Arab countries. Finally, the validity of agreements and contracts should be signed with or even planned between the state and the investors.

In addition, in the event of a judicial ruling nullifying an agreement based on an error of law, the state is obliged to rectify this error and to re-sign the agreement with the investor based on the conditions stipulated in the nullified agreement.

Mahfouz said President Mansour had asked for a memorandum including these amendments. The president promised to approve some of these amendments immediately, while others would be approved after holding parliamentary elections and forming a new government.

In regards to the bills proposed during the Economic Forum of the GCC in Egypt, he said, “The Gulf delegates overlooked 66 investment opportunities proposed by the Egyptian Ministry of Investment. We discussed clearly all the legislative and administrative obstacles. The meeting’s message was clear, requesting the government to deal effectively with the investment guarantees and incentives.”

“The Egyptian Ministry of Investment must deal with investors as their private attorney and the guarantor of their funds. It must defend them in the event of misinterpretation of domestic media or public opinion, if it is sure of the investor’s valid position,” stressed Bin Mahfouz. This was previously requested in transactions with Omar Effendi, Nobasid and El-Kettan..

He referred to two initiatives proposed by the Saudi side. First, members held a preparatory meeting one day before the forum with 18 Saudi businessmen in which all the Saudi investors obstacles were presented. A resulting legal memorandum included all views and opinions and discussed some articles of the investment guarantees and investment law. This memorandum was presented on the Forum’s opening day.

Bin Mahfouz added that during the meeting with the Mansour, the Saudi businessman Abd El-Rahman Sharbatly, the largest Saudi investor in Egypt, presented the memo to the president. The president viewed the memo and asked the prime minister to prepare another memo concerning the possibilities of execution.

According to Bin Mahfouz, “the second initiative was from the Head of the Arabian Islamic Chambers, Saleh Kamel. The initiative includes the Saudi side bearing all studies’ costs for 66 investment opportunities suggested by the Ministry of Investment. Studies will result in a brochure for each project showing the place of the project, the required investments and all the governmental authorities to deal with the investor. All the government models need to be filled and fees to be paid. At the end of the brochure, there is the stamp and signatures of the Ministry of Investment stating these are the required procedures.”