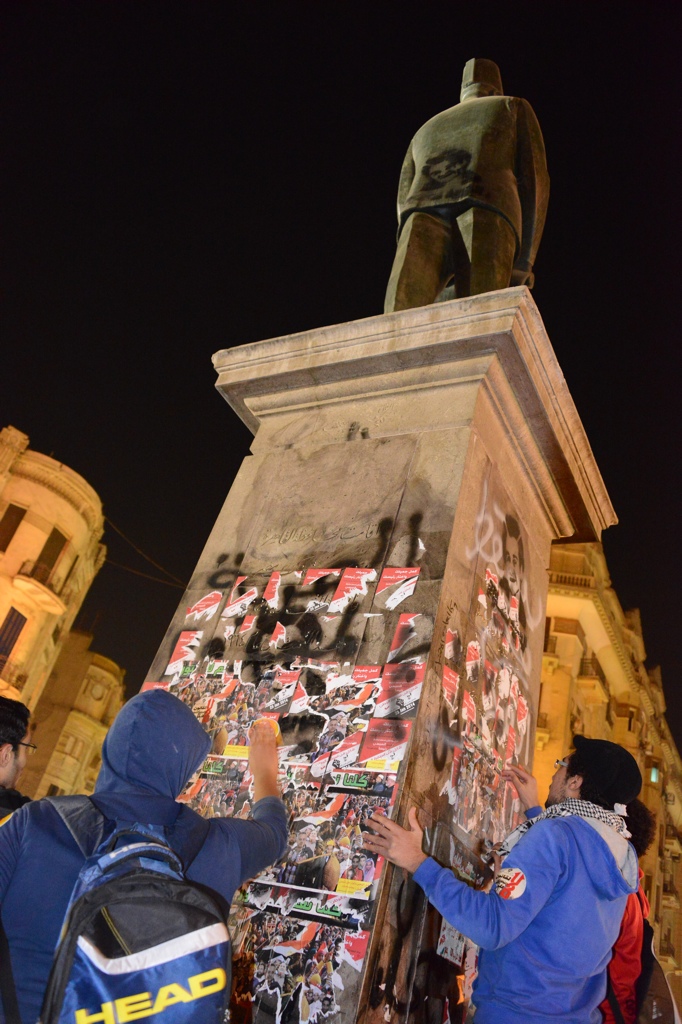 A protest was held on Monday to defy the Protest Law and denounce a verdict on Sunday, where prominent activists were sentenced to three years in jail.

6 April general coordinator Amr Ali announced Sunday that the protest is held to denounce the Protest Law, demand the release of the detainees and implore the regime to return to “the correct path”. He added that the protest will not ask for approval from the interior ministry, as per the recently drafted Protest Law.

The march began at Opera Square with around 100 people gathering and chanting against the military and the Ministry of Interior.

The Revolutionary Front’s flag was clearly raised while the protest moved towards Tahrir square.

One protester said that they we were mainly demonstrating against sentencing of the activists, the killing of activist Bassem Mohsen and the Protest Law.

The incidents date back to 30 November when protesters gathered in front of Abdeen Courthouse chanting against the Protest Law and calling for the release of the later-released “Shura Council detainees”.​ Several activists were arrested, sparking a wave of anger by revolutionary groups and forces.

Lawyer with the Egyptian Center for Economic and Social Rights Mahmoud Belal described the activist’s verdict as politicised, adding that the judiciary is becoming the state’s tool to apply its oppressive policies.

Belal was detained along with Adel earlier this week after a police raid on the centre.

The activist downplayed the recent crackdown, saying: “The revolution is still alive despite the states attempts to terrorise the people and they are proving day after day their stupidity”.

Belal also added that the “recent events all coincide with the upcoming constitutional referendum and that the verdict is an attempt to apply the state’s current rhetoric that it will not allow any objection to their faulty constitution.”

Human Rights activist and lawyer Gamal Eid accused the state of tampering with the judiciary: “They are attempting to turn it into another security institution”.

“Never has jail changed an ideology,” Eid said, in reference to the activists’ jailing.