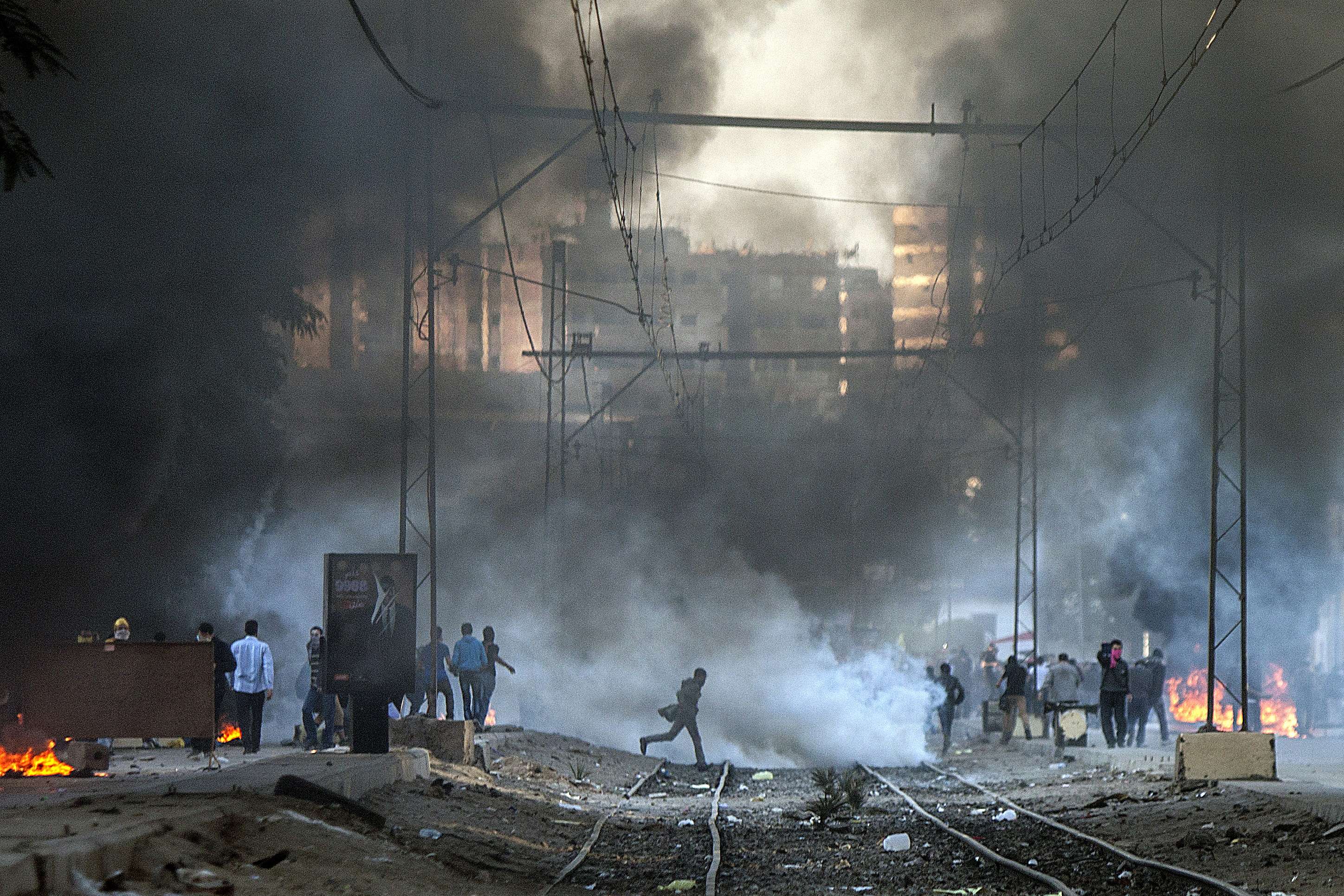 The Ministry of Interior announced it had arrested a total of 73 protesters in marches and protests in support of ousted president Mohamed Morsi on Friday, as Morsi supporters announced more protests throughout the week.

Police dispersed Friday protests with tear gas in various cities in Egypt. In a statement issued by the interior ministry on Friday afternoon, it pointed out that the pro-Morsi demonstrations had “not obtained security clearances or followed the legal procedures regulating this manner” in accordance with the newly-issued, controversial Protest Law.

The Ministry of Interior said that it dispersed a march in Cairo on Gesr Suez Street and Helmeya Square in the Cairo neighbourhood of Heliopolis, and accused protesters of blocking traffic and clashing with the area’s residents. Police made 19 arrests in the Cairo area during Friday protests, according to the statement.

The ministry also apprehended 11 demonstrators in the Al-Talbeya area of Haram, Giza where the police also accused them of clashing with residents and blocking traffic.

The protests were called for by the Anti-Coup Alliance, the Muslim Brotherhood-backed coalition calling for the return of Morsi to the presidency. The group dubbed its Friday protests “at your service, mother of the martyr” to pay “tribute to the resilience of Egyptian women in the face of the cowardly coup.”

Following the Friday protests, the alliance announced its new week of protests would be titled “the principles of [Nelson] Mandela will prevail” in reference to the recent passing of the South African leader. The group criticised the government for exploiting Mandela’s name and said that the Nobel laureate would have been “killed in the name of the coup” if he was in Egypt.

The Anti-Coup Alliance had also previously called for labour protests on Sunday under the banner “workers are an arm of the revolution”.

Earlier this week the Anti-Coup Alliance announced its “total rejection” of the upcoming constitutional referendum, saying it would waste “billions of Egyptian pounds” and be “potentially rigger and certainly unconstitutional.” It added that the referendum only served as justification for western governments to recognise the Egyptian “coup government” and the alliance stressed its rejection of “any action that builds on the military coup”.