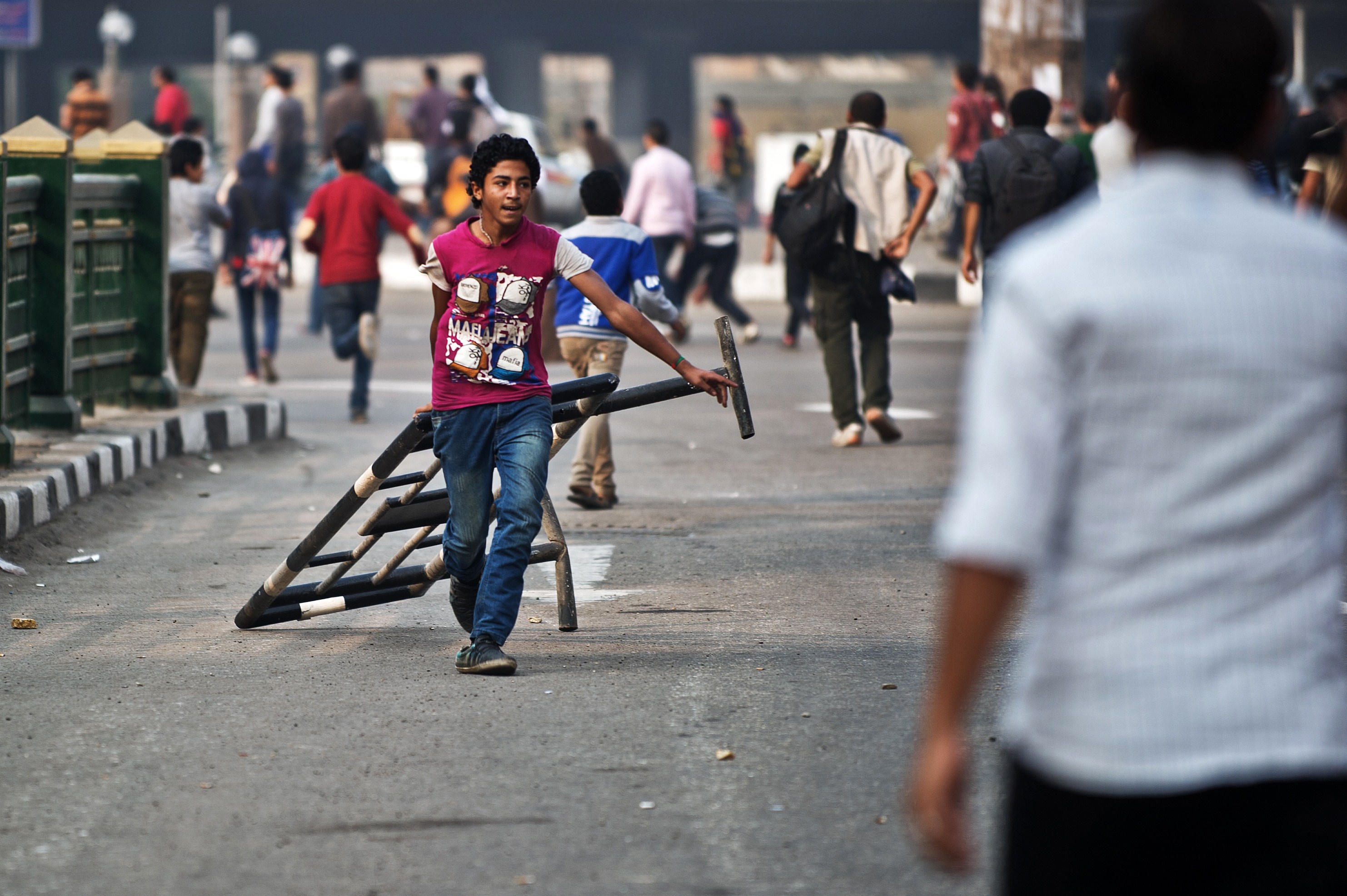 Eight children were arrested and are undergoing investigations in the aftermath of clashes at Mohamed Mahmoud last week.

A total of 30 children were arrested on the anniversary of Mohamed Mahmoud and transferred to Qasr Al-Nil police station last Tuesday, according to the Egyptian Foundation for Advancement of the Childhood Condition (EFACC).

According to the group’s lawyers, the eight children face charges of carrying firearms and cartridges, and violence against members of the military and police, and injuring policing officers.

The eight defendants range from the ages of 14 to 17 and public prosecution decided on 21 November to detain them for four days pending investigations, with the exception of a 14 year old, who was transferred to a juvenile facility.

ECCR said it “emphasised the need to take the Children’s Act into account,” as a way to ensure that children were dealt with justly and “deal with them as victims” in an effort to reform detained children and reintegrate them into their communities.

ECCR had originally tallied seven arrested children. Fadi Wagdy, a lawyer with the group, said one of the children was arrested while sitting at a café in the downtown Cairo bourse area. A second child, according to Wagdy, was arrested while passing through the area of central downtown when the clashes erupted.