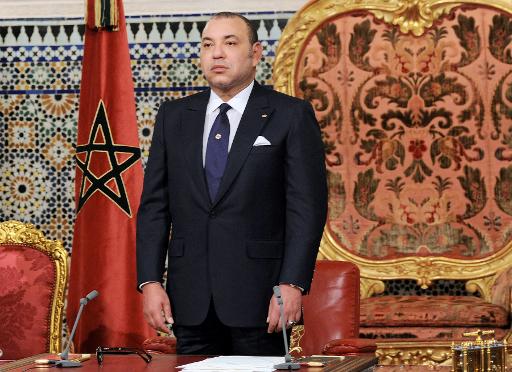 And in an exclusive interview to AFP, Morocco’s Deputy Foreign Minister Mbarka Bouaida renewed opposition to a US plan to broaden the UN mission to the Western Sahara.

King Mohammed will hold talks with US President Barack Obama on Friday at the White House to highlight US support for his country’s democratic and economic reforms, the US administration has said.

But Human Rights Watch this week urged Obama to press the king to keep moving forward on reforms, including stronger legal protections for rights.

Bouaida told AFP that criticism of her country’s human rights only concerned a few “isolated cases.”

She also maintained that it was feared that pro-independence fighters in the annexed region of western Sahara, had links with Al-Qaeda in the Islamic Maghreb.

“Work on human rights began more than a decade ago in Morocco,” Bouaida said, adding her country was open to all non-governmental organizations.

“We are aware of isolated cases which still exist surrounding human rights and we are freely discussing them in Morocco. But having said that Morocco remains a regional leader in human rights issues,” she insisted.

Bouaida highlighted a press code which will soon be adopted by parliament, and legal reforms which began 18 months ago.

“I think we are really on the right track, and we have made a strategic, irreversible choice on reforms.”

She rejected outright however a US plan to broaden the mandate of the UN mission in the Western Sahara to give it unprecedented human rights monitoring powers.

“Human rights are practiced in exactly the same way in the north as in the south of Morocco. We are collaborating with the UN council for human rights, which we joined several days ago, ” she said.

“In the Sahara we are seeking to conduct well a political negotiation process under the guidance of the United Nations. For us there is no question that the UN mission is opened up to human rights mechanisms.

“And the United States has already voiced its support for the autonomy plan put forward by Morocco.”

The region remains bitterly contested, nearly 40 years after its annexation by Morocco, a move never recognized by the international community.

Moroccan exploitation of the territory’s natural resources has been a key issue in the dispute with the Polisario Front, who fought for independence until a UN-brokered ceasefire in 1991.

Rabat has vowed to invest in Western Sahara, with a palace-appointed council earlier this month calling for a 13 billion euro ($18 billion) plan, which could double the region’s GDP and create 120,000 jobs.

Bouaida warned that security was a priority in regards to the Western Sahara including “the risk of arms trafficking and links to extremist groups.”

“We have seen that is happening in our neighbors, especially in Libya, and across the Sahel and in Mali,” she said.

“The threat is there, and it’s time for a stepped-up international cooperation to reinforce security.”

She said there were probable ties between the independence movement in Western Sahara and Islamic militants operating in the Sahel, adding “we think there are links.”

“We need to secure the region and rapidly find a solution for the Sahara.”