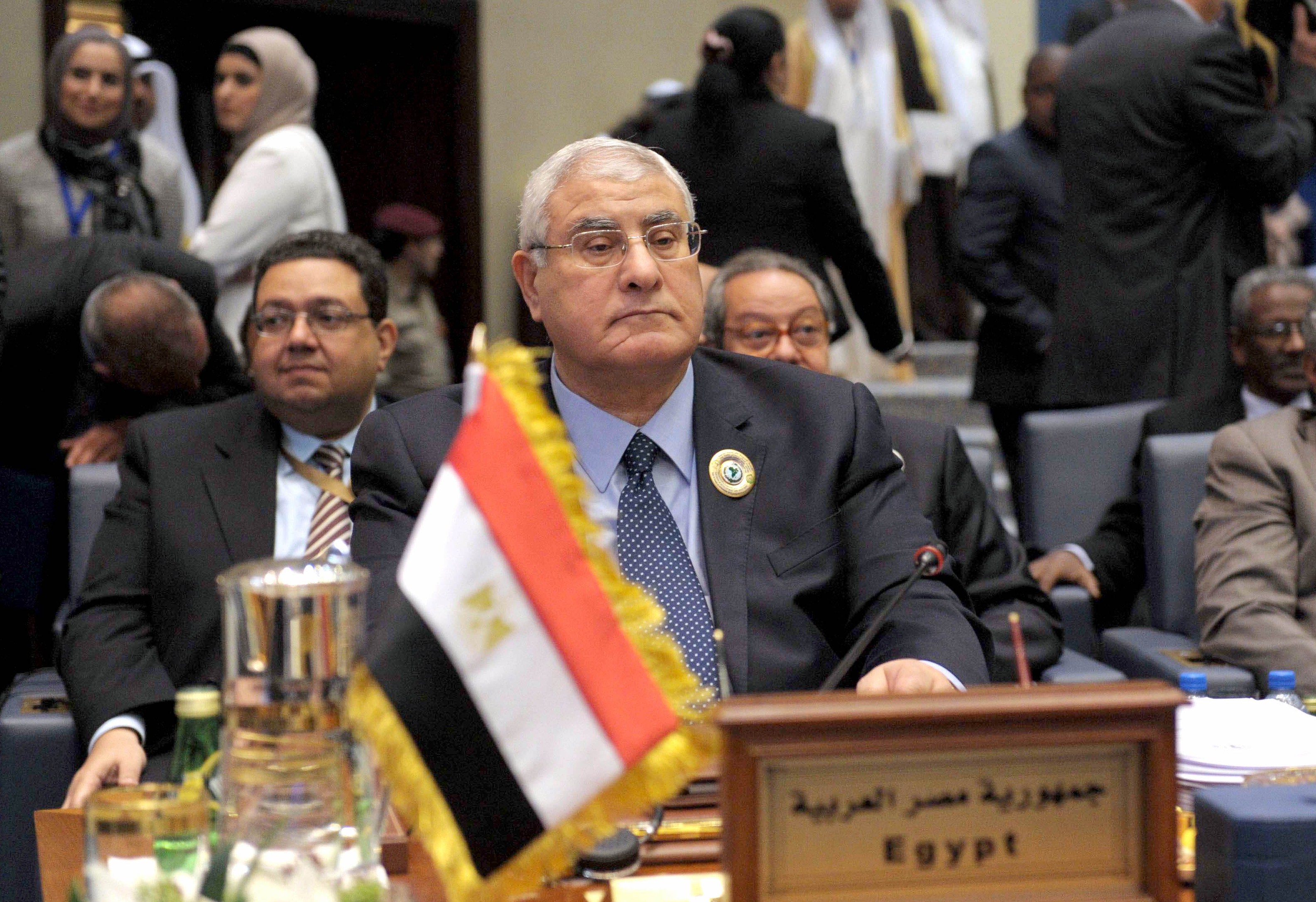 Interim President Adly Mansour emphasised Egypt’s determination to follow the transitional roadmap, adding that a referendum on a “modern constitution” is set to take place in the coming weeks.

Addressing the Third Africa-Arab Summit, the interim president said that Egypt’s transition is moving forward with confidence “and firm determination despite the enormity of the challenges.” He added that the “pivotal” referendum “to adopt a modern constitution embodying the will of the Egyptian people, protecting rights and safeguarding freedoms” will be followed by parliamentary and presidential elections.

The summit being held in Kuwait under the title “Partners in Development and Investment” brings together members of the Arab League and the African Union for the third summit since the inaugural summit in Egypt in 1977. Egypt was suspended from the African Union’s Peace and Security Council following the ouster of Mohamed Morsi in July but its membership to the Arab League remains unaffected.

Mansour also announced the establishment of the Egyptian Agency for Development, which he told the summit comes as part of “the belief in prioritising development… to achieve our shared aspirations.” Mansour added that the necessary steps to launch the “activities” of the agency are being taken and it aims to “cooperate with its brothers, especially in Africa” to engage in development projects. The interim president also proposed the establishment of an “Arab-African Network for Development” for which he offered Egypt’s services to hold the first meeting if the proposal is accepted.

Minister of Foreign Affairs Nabil Fahmy, who also attended he summit, has taken the opportunity to engage in bilateral talks with the top diplomats from around Africa and the Arab World. Fahmy, along with his Arab counterparts that form the Ministerial Committee for the Arab Peace Initiative, met with Palestinian President Mahmoud Abbas on the sidelines of the summit.

The Committee listened to Abbas who updated them on “the Palestinian issue and ways to achieve the desired progress on the political level and to overcome the obstacles caused by Israeli intransigence,” according to the ministry. The ministers also hold Israel “fully responsible for the deep crisis that negotiations have reached” pointing to the “intensification of settlement activity and continuing violations of Palestinian territories, especially the Temple Mount ad Al-Aqsa Mosque, the continued demolition of houses and the tightening of the siege on the Gaza.” They also called on international parties, like the United States and the European Union, to pressure Israel to change its policies.

Fahmy also met with Gambian Minister of Foreign Affairs Aboubacar Senghore to discuss means of strengthening relations. During their discussion Senghore told Fahmy that he “cannot imagine the absence of Egypt from the African Union,” according to the Egyptian ministry. Fahmy said that he was looking forward to cooperating with Gambia in a “various areas.”

The ministry has been increasing efforts to establish and enhance relations with African nations since Fahmy became minister in July, seeking to establish the country in a position that reflects its “Arab identity and African roots.”