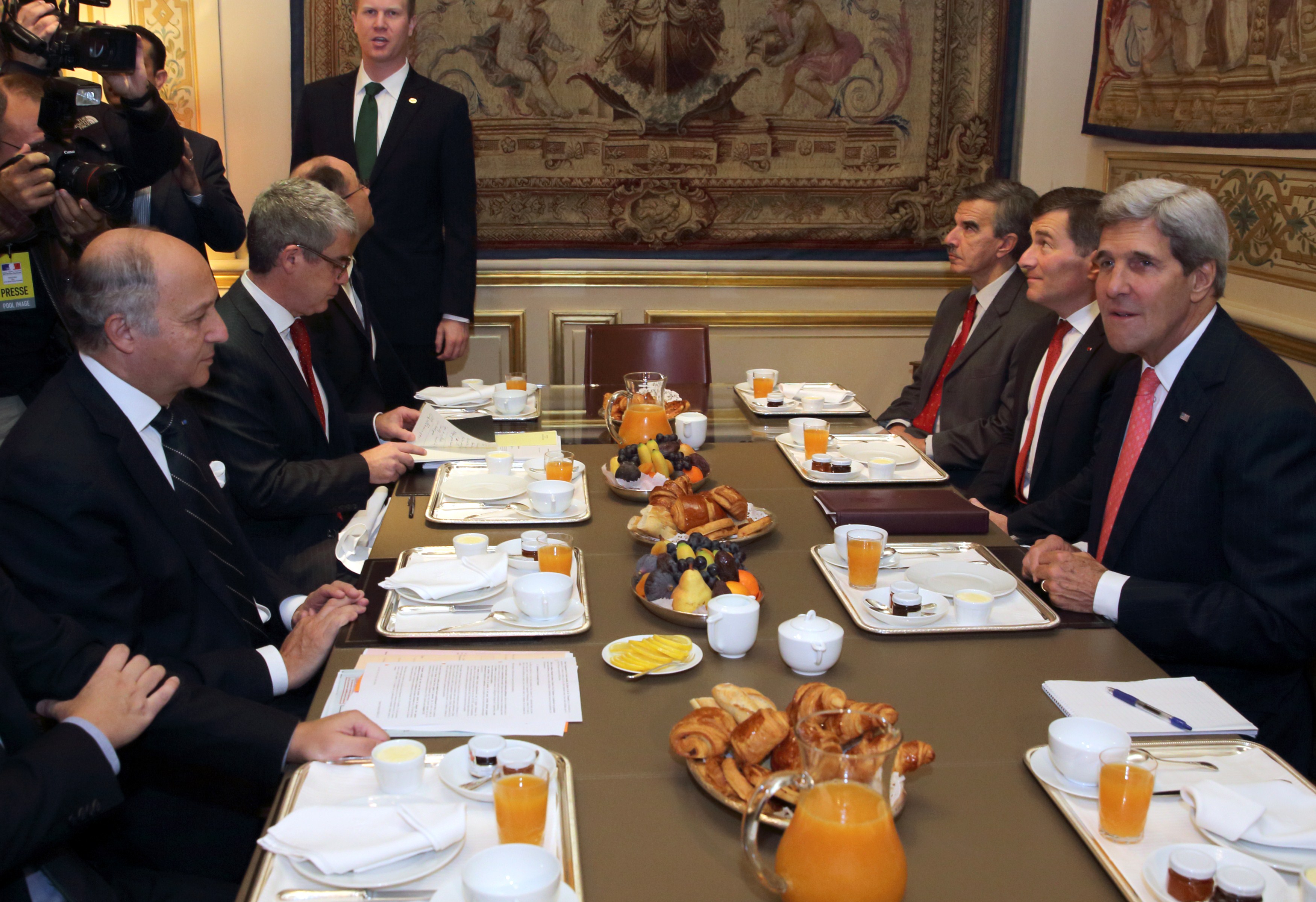 The support of Arab states is essential to the agreement of a negotiated, two-state solution for Palestinians and Israelis, United States Secretary of State John Kerry said Monday.

Kerry was speaking following a round of meetings with Arab foreign ministers to discuss the status of Palestinian-Israeli peace negotiations as a follow up to the Arab Peace Initiative. The meetings were attended by Secretary General of the Arab League Nabil El-Araby as well as representatives from Arab states, including Egypt.

The Egyptian delegation was headed by Assistant Minister for Neighbouring States Badr El-Din Zaid, confirmed official spokesman for the Ministry of Foreign Affairs Badr Abdelatty. “The Arab side, including Egypt, reiterated that the ongoing [Palestinian-Israeli] talks should be serious and within the agreed timetable,” said Abdelatty. He added that the basis for talks should be upon the 1967 borders with East Jerusalem as the capital of the Palestinian state, stressing the need for Israel to freeze settlement activities in the West Bank.

The meeting in Paris is the third follow up to the Arab Peace Initiative, the first taking place in Washington in April followed by talks in Amman in July. Following the talks in July, Kerry announced that an agreement had been reached to resume direct final status negotiations. The last attempt, which occurred in 2010, broke down after the Israeli side refused to maintain a freeze on settlement building.

Qatar pledged $150m in debt relief for the Palestinian Authority, which was welcomed by Kerry, who hopes this will encourage other Arab states to join the initiative. Kerry stressed that “no economic package or financial assistance will ever be a substitute for the political track. But with our partnership and with our support and our economic investment, we can all help in order to provide a difference to the lives of people living in the neighbourhood.”

Qatari Minister of Foreign Affairs Khalid Al Attiyah, who spoke after Kerry, stressed the importance of the US role in the negotiations, adding that he is concerned about “the environment surrounding negotiations.”

Egyptian officials also participated in the meeting of the core group of the Friends of Syria, dubbed “the London 11”. As Minister of Foreign Affairs Nabil Fahmy is engaged on a tour of Nile Basin countries, Egypt was represented by Deputy Minister Hamdi Sanad Loza and Assistant Minister for Arab Affairs Nasser Kamel. Abdelatty said the Egyptian delegation “reiterated the Egyptian position with regard to reaching a political solution” to the Syrian conflict. The spokesman said that Loza and Kamel highlighted “the necessity to hold the Geneva II conference to alleviate the suffering of the Syrian people and to achieve a real and pluralistic democracy and to stop the ongoing violence.”

The Geneva II conference is expected to take place in November, although no date has been officially announced. The Syrian regime has said it will attend the peace conference without pre-conditions, including any demand that Syrian President Bashar Al-Assad step down.

Syrian opposition figures also attended the meeting in London on Tuesday. Currently the Syrian National Council, the largest block of the Syrian National Coalition is yet to confirm its attendance of the conference as it has some reservations about the seriousness of the regime’s intentions to negotiate. The council is expected to meet in Istanbul later this week to discuss participation in the conference, and the London 11 is expected to encourage the council to attend.