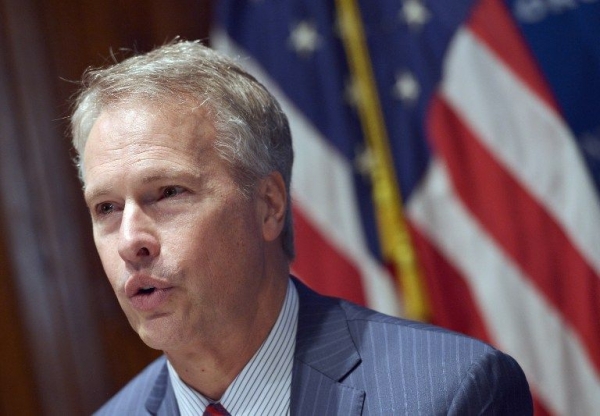 “Beware a government that loves secrecy too much,” Gary Pruitt told a meeting of the Inter American Press Association in Denver, Colorado.

“The Justice Department’s secret seizure of records of thousands of telephone calls to and from AP reporters in 2012 is one of the most blatant violations of the First Amendment to the Constitution the 167-year-old news cooperative has ever encountered.”

The AP found itself under scrutiny after it published a report in May 2012 recounting the Central Intelligence Agency’s thwarting of a plot by Al-Qaeda in Yemen to bomb a US-bound jet.

Officials from US President Barack Obama’s administration have described the leak that led to the report as a dangerous breach of national security.

Investigators seized Associated Press records in order to identify who had given the reporters the information. A former FBI agent has since pleaded guilty to the leak.

Pruitt said the Obama administration’s aggressive pursuit of this and other leak investigations amounted to a dangerous assault on the media’s right to investigate and report government conduct.

“Governments who try to set up a situation where citizens think they must choose between a free press and security are making a mistake that will ultimately weaken, not strengthen them. It’s not a real choice. It’s a false choice,” he said.

“The actions by the Department of Justice could not have been more tailor-made to comfort authoritarian regimes who want to suppress the news media. ‘The United States does it too,’ they can say.”

Pruitt warned that the probe had had a chilling effect on investigative reporting.

“The seizure has intimidated both official and nonofficial sources from speaking to the AP and numerous other news outlets, even stories not related to national security. Now, the government may love this. I think they do,” he said.

“The attack on journalism, here in the US and throughout the rest of the world, is not going to cease any time soon,” Pruitt said, in a speech that was greeted with applause by fellow media executives present.