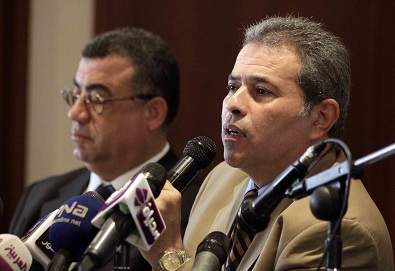 The channel, according to state-owned Al-Ahram, was shut down for violating the media code of honour, and deemed to have “offended the values of society,” working to disturb the community, and driving a wedge between different streams of society.

A number of Islamist channels supporting ousted president Mohamed Morsi were quickly shut down on 3 July following the announcement of his removal from power. The satellite channels have not been permitted to continue broadcasting, and the permanent closure of conservative channel Al-Hafez was ordered by the Administrative Court earlier this month.

Al-Faraeen was taken off the air last year for several weeks, following Morsi’s election, before returning. Okasha, known for his conspiratorial rants and stances against the Muslim Brotherhood and the United States, faced charges of insulting Morsi and inciting violence against him.