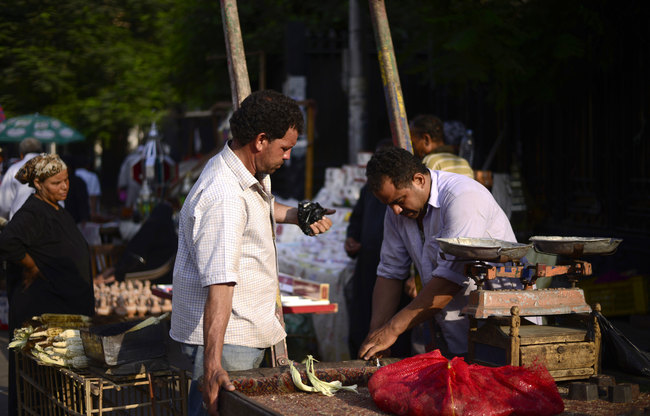 Sources within the Ministry of Finance stated that no changes would be made to the country’s minimum wage laws during the current fiscal year, due to the already high cost of wages currently being borne by the government. Egypt’s current budget allots EGP172bn for spending on wages, at a time when the country is suffering from a budget gap amounting to 14% of GDP.

Sources stated that Kamal Abu Eita, Minister of Manpower and Immigration, recently suggested to Ahmed Gamal, Minister of Finance, that minimum wage rates be increased. Galal stated that he would look into the issue but that current economic circumstances would prevent such measures from being taken.

Sources stated that increases in minimum wage laws passed in 2011, which raised minimum pay rates to EGP700 per month, benefitted 1.9 million employees at a cost of EGP7bn to the Public Treasury. Reserves to pay for the reformation of pay structures and adjustment of salaries in government agencies have been estimated to total EGP40bn.

Sources added that screening committees tasked with monitoring maximum wage limits in government agencies found significant irregularities in state pay structures. Average salaries for employees working within the General Authority for Investment and Free Zones (GAFI) reached EGP16,000 per month, a rate much higher than that of most other government agencies.

A report released by such committees showed that the average salary for the National Telecom Regulatory Authority reached EGP23,000 per month. Each member of the Authority’s Board of Directors meanwhile also acquired nearly EGP61,000 per month in allowances for sitting in and taking part in Board of Director committee sessions. Sources also stated meanwhile that employees working in agencies such as the Ministry of Insurance and Social Affairs, National Research Center and the National Center for Human Rights (NCHR), on average received minimum wage salaries.

Sources stated that 15,000 presented cases of violations of the country’s maximum wage law had been reviewed, adding that in many cases maximum wage rates were reported to have been exceeded. Accused officials have begun drafting their responses to such claims within bodies created to address such issues within the Central Bank.

Sources stated that a proposal put forth by the previous Finance Minister was recently brought before Galal, which calls for government employees serving on multiple agency committees to not receive pay bonuses for work performed on more than one committee.

Mohamed Abdu Mustafa, chairman of Central Management for Government Accounts, previously stated that adherence rates to the country’s maximum wage laws had exceeded all expectations, reaching 90%. Total amounts of money saved as a result of proper application of the law, he said, would be made clear in final accounts released at the end of the year.

The Finance Ministry will put in place measures to hold employees accountable to maximum wage laws during the new fiscal year, after reviewing all violations presented during the current fiscal year.