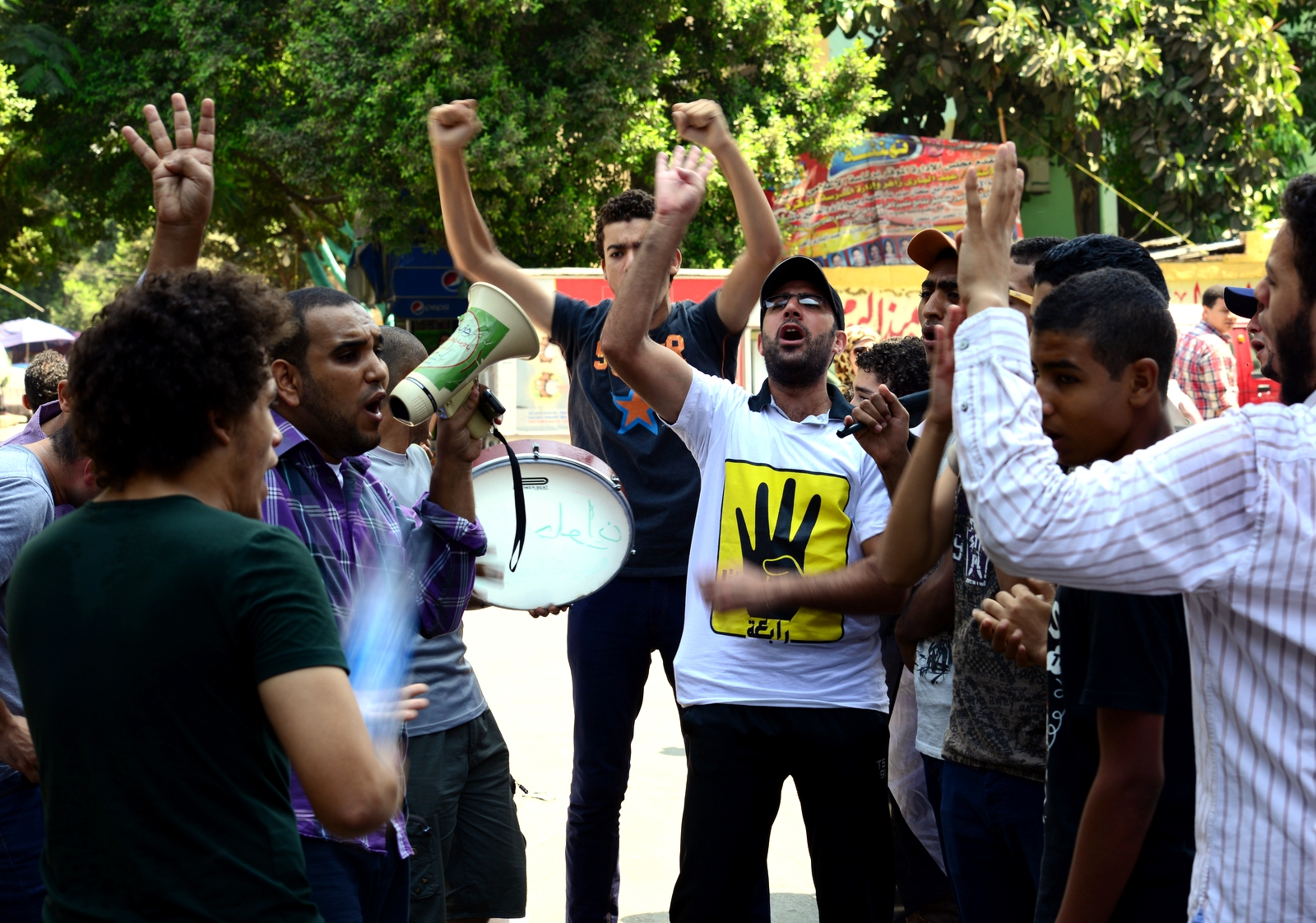 Around two dozen young Muslim Brotherhood members took to the streets on Monday afternoon after Duhr, the midday prayer, to protest against Defence Minister Abdel Fattah Al-Sisi and the ouster of deposed president Mohamed Morsi.  The demonstration, which gathered outside of Sheikh Kishk Mosque, wound through the narrow alleys of Cairo’s Hadayek Al Kobba neighbourhood chanting slogans against the interim government and the United States.  The protesters held up four fingers in honour of the sit-in at Rabaa Al Adaweya: Rabaa means “the fourth” in Arabic.