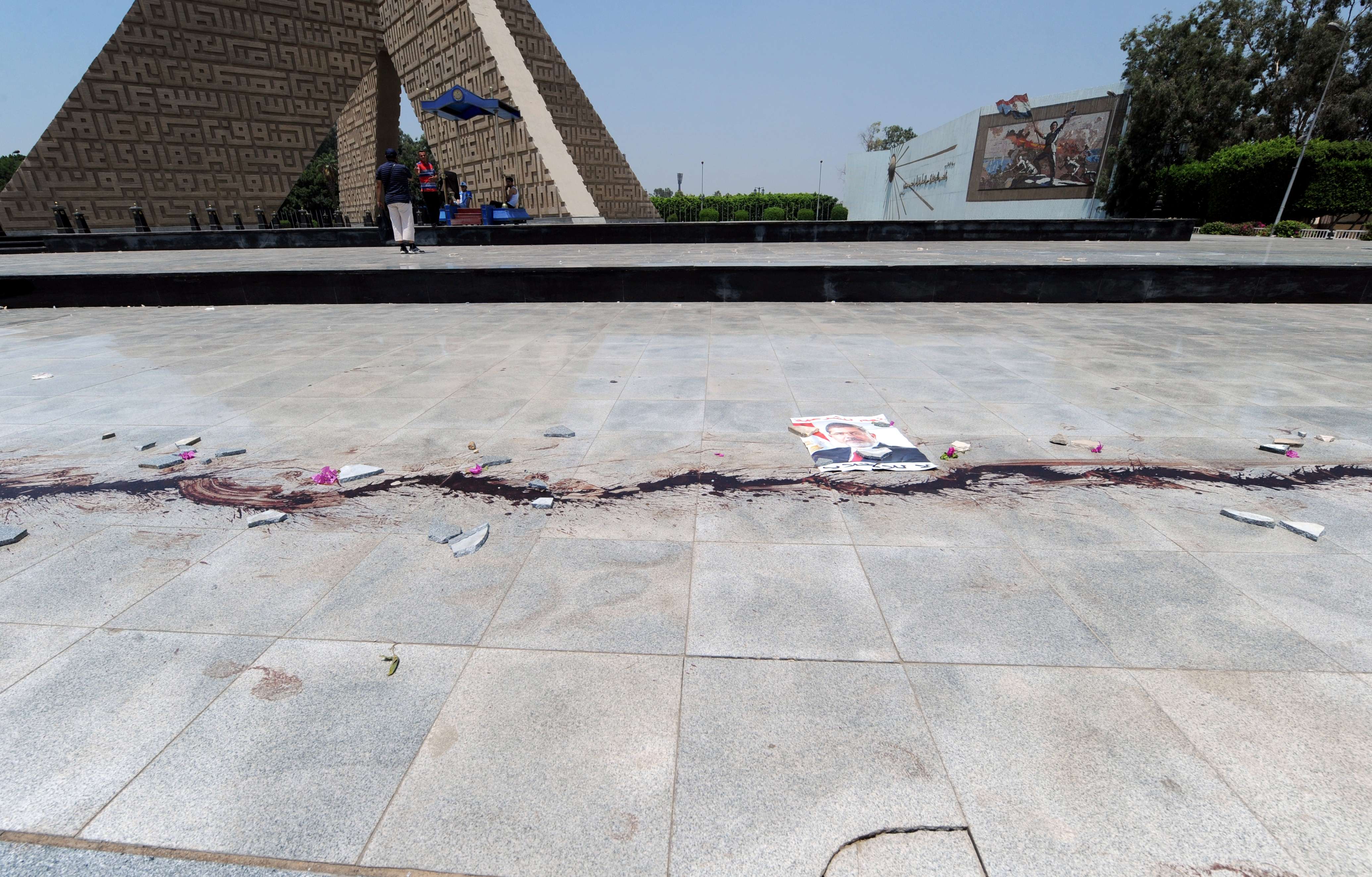 Clashes between loyalists of ousted president Mohamed Morsi and police forces on Saturday morning left 127 dead and 4,500 injured, approximately 700 of which suffered gunshot wounds, according to a press conference in Rabaa Al-Adaweya.

Muslim Brotherhood spokesperson Ahmed Aref delivered a statement on Saturday evening on behalf of the pro-Morsi protesters and families of casualties and placed responsibility for the clashes on the political and religious forces behind the 30 June protests.

He said peaceful protesters were attacked with tear gas, birdshot and live ammunition by police officers on Nasr road and snipers from the rooftop of Al-Azhar University. According to Aref, the attack started Friday night and lasted for 12 hours.

The Ministry of Interior however claimed that police officers only resorted to tear gas in response to “armed protesters”, in a statement on Saturday.

Aref  denounced Al-Azhar Grand Imam Ahmed Al-Tayeb for allegedly allowing snipers to use the rooftop of Al-Azhar University, claiming that police were “shooting to kill” and that “they could have shot at protesters’ feet” if they had wanted to avoid bloodshed.

In a direct reference to Minister of Defence Abdul Fatah Al-Sisi’s latest televised statement, Aref said: “Are all who oppose the coup considered terrorists, even if they use all means to express they are peaceful?”

“We reiterate for the hundredth time that our protest is peaceful,” he added.

The statement also accused Al-Sisi of ordering public hospitals and morgues to refrain from releasing medical reports on the casualties and injuries of pro-Morsi protesters.

The statement claimed that 3,500 were possibly injured by nerve gas. Noha Kassem, a doctor at the Rabaa Al-Adaweya field hospital, also backed this claim at the press conference.

Kassem said most of the cases brought into the field hospital were of gunshot wounds; many were shot in the head, neck and chest, and those shot in other parts of the body were considered of secondary urgency and treated outside the hospital.

“It was an incident like nothing we have seen before,” she said. “We were eventually unable to keep track of all the cases brought in.”

Kassem claimed that hospitals in Nasr City and neighbouring areas were overcrowded, and ambulances were unable to transport all those who were in need of medical attention.

The press conference concluded with a statement by the National Coalition to Support Legitimacy, which placed responsibility on all forces in support of Al-Sisi for the clashes, which it called “a crime of extermination and a crime against humanity.”

It specifically condemned Al-Tayeb and Pope Tawadros II for their support of what it described as “the 30 June military coup,” and called on political groups to join its ranks in opposition to the political roadmap.

The Health Ministry has stated the death toll is 65.

On Saturday, Minister of Interior Ibrahim warned that the Rabaa Al-Adaweya sit-in would be dispersed according to the law “soon” in co-ordination with the army.

Vice President of Foreign Affairs Mohamed ElBaradei and Al-Tayeb, who supported the 3 July ouster of Morsi, have both condemned the deaths.

“I strongly condemn the excessive use of force and the deaths, and I am working hard and in every direction to end the confrontation in a peaceful way,” tweeted ElBaradei on Saturday.

Al-Tayeb has called for an “urgent judicial investigation” into the clashes.