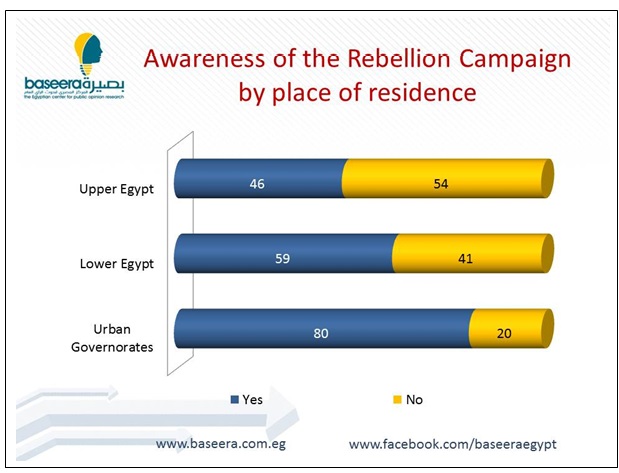 Egyptian public opinion research centre Baseera conducted a public opinion poll about the extent of Egyptians’ sympathy towards the demonstrations in support of former president Mohammed Morsi, currently underway in some of Egypt’s Squares, and in particular Cairo.

The poll results indicated that 20% of Egyptians sympathize with the demonstrations, compared to 71% who do not, while 9% said they are unsure.

The proportion of those sympathetic with the demonstrations decreases with increasing age, with 24% of youth aged 18-29 sympathetic, compared to 14% among those aged 50 or older.