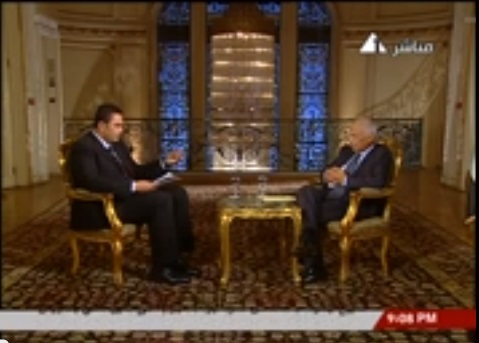 In an interview on Saturday with state television, Prime Minister Hazem El-Beblawi explained the state had needed to create the cabinet quickly and defended his cabinet appointments, saying that he had chosen according to their merits.

El-Beblawi said that he could have done a better job forming the cabinet had he been given more time, but the state had to keep the formation period short, in order to prove to the people that it has started forming its institutions.

“My first aim when choosing the candidates was to choose those who had expertise and trustworthiness by the people,” El-Beblawi said.

He said that he was keen on forming a well-balanced cabinet, including representations of different political and ideological backgrounds.

“You cannot please everyone; it is impossible and it can be harmful,” he said, adding: “Some activists told me that they were pleased with the cabinet as a whole, but had some reservations about a particular candidate.”

El-Beblawi stated that the current government is a transitional one, explaining that a caretaker government only focuses on protecting the situation in the state from deteriorating; a transitional government actually sets measures for the governments that follow.

El-Beblawi said that a successful constitution will not save the country unless there is reconciliation, since there is an obvious division between Egyptians at the moment, which is why he was keen on forming a new Ministry for Transitional Justice and Reconciliation.

He said: “We have to listen to everyone who has an idea (concerning the future of the country), if he is not inciting for violence,” explaining that freedom of expression should not come with crippling traffic or obstructing people’s lives and work.

Concerning the formation of the constitution, he said that as an Egyptian citizen, he suggests that the constitution be short and to solely focus on the foundational rights of the citizens.

He explained: “The origin of the constitution is the law which regulates societal relations, which changes with time.”