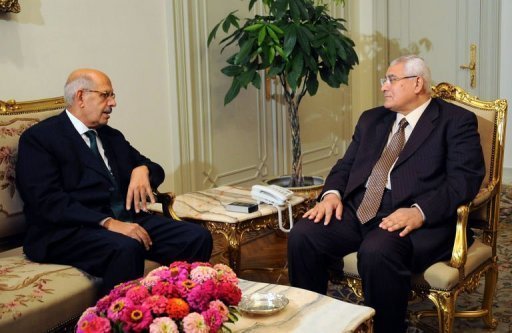 “A prime minister’s yet to be chosen,” El-Moslimany said. “Indications are pointing towards a certain candidate, but so far, there hasn’t been an official document from the presidency. Negotiations remain ongoing, it only makes sense that negotiations take time when a crisis cabinet is being formulated.”

El-Moslimany said that the new cabinet is being chosen based on efficiency. He stated that the new presidency’s vision “accommodates all” without excluding any political movement or current as long as they were not involved in matters which require accountability.

El-Moslimany stated that the technocratic nature of the cabinet currently being formulated does not preclude politicians from being chosen as minister. He added that while cabinet members are expected to be technocrats, the prime minister could be a politician agreed upon by revolutionary movements.

“The political scene has changed since the January 25th Revolution,” El-Moslimany said. “It is difficult to find a candidate about whom there is full consensus.”

After the press conference, Tamarod spokesman Mahmoud Badr told independent channel ONTV that ElBaradei was notified by the presidency of his appointment as prime minister after Saturday’s meetings with the interim president. Badr said that in those meetings, there appeared to be “semi-consensus” over the appointment.

“We insist on our choice of ElBaradei as prime minister,” Badr said. “If another candidate was chosen for the post without first consulting us, we will neither recognise him as prime minister nor deal with him.”

“For the general interest, the party believes that the most fitting candidate for this post would be someone with an economic background and without any political affiliations,” Thabet said. “Most political movements should be in consensus on the choice of the incoming prime minister.”

Thabet denied that the party had nominated Abul Fotouh for the post, adding that the party  put forward no nominations so far. He added that negotiations over the post remain ongoing and that Al-Nour Party remains part of them.

Several liberal opposition movements had announced their support for the choice of ElBaradei as prime minister. Al-Tayar Al-Sha’aby spokesman Hossam Mo’ness said that ElBaradei represents the best choice for prime minister in the meantime.